This year’s Gold Collection will salute the 1971 Corvette LS6 engine option.  Only 188 Corvettes were built with the 454 CID 425 HP LS6 engine option, less than the total 3-year production of L88’s!  The Collection will present a great group of documented LS6 and ZR2 optioned Corvettes. The Bloomington Gold event is scheduled for June 18-19, 2021 at the Lucas Oil Stadium, Downtown Indianapolis.

Our feature article is written by Matt Robertson

Design of the LS6:

The LS6 was designed by Zora Arkus-Duntov and his team.  Duntov’s work on the Chevrolet Corvette line had already earned him the name “Father of the Corvette,” but he wanted to create a vehicle with more horsepower for races.  The Corvette LS6 had a number of unique features, including the 425 brake horsepower big-block V8 engine with 454 cubic inches.  The engine was made out of cast iron and featured aluminum heads. It made the LS6 the most powerful engine to be produced in 1971.  In fact it was more powerful than any engine ever except for the L88, which was no longer in production.

In addition to this powerful engine, the LS6 also included a number of high-quality parts and features.  Some of the highlights include the 850 cfm Holley 4-barrel carburetor, an M22 “Rock Crusher” Muncie transmission, and the A.I.R. smog pump.  The car could achieve 60 mph in 5.3 seconds. Not surprisingly the engine was considered one of the worst performers as far as fuel economy goes; only managing between 9 and 14 miles per gallon.  This particular statistic didn’t get much consideration in pre-embargo 1971, when fuel was only about $0.38 / gallon (about $2.90 in today’s dollars).

Chevrolet also offered a ZR2 RPO package. The LS6 engine was joined with a four-speed manual transmission, transistorized ignition, a lightweight aluminum radiator, heavy-duty power brakes, and specialized shocks, springs, and stabilizer bars. While the standard LS6 was rare, the ZR2 RPO-equipped was almost non-existent: only 12 of these vehicles were produced. This version of the car was aimed at those who were serious about road racing, but unfortunately, the $1,747.00 price tag and lack of interest lead to very low sales.  Both the LS6 and ZR2 packages were phased out and not offered in 1972.

In 2001, Chevrolet resurrected the LS6 name.  Now a 385 horsepower engine, this modern LS6 was improved in several ways to make it superior to those found in the antique cars even though it wasn’t as powerful.  It was further refined in 2002 (405 hp rather than 385) and used in the Z06 Corvettes produced up until 2004.

Those who love collecting classic cars, especially Chevrolets or Corvettes, may find the 1971 Corvette LS6 to be The Holy Grail, a car that could be the centerpiece of their collection.  While you may occasionally see one of these old cars up for auction, don’t expect to find them for cheap.  Even those that are damaged or in need of repair can command fairly large prices simply because of the model’s rarity. 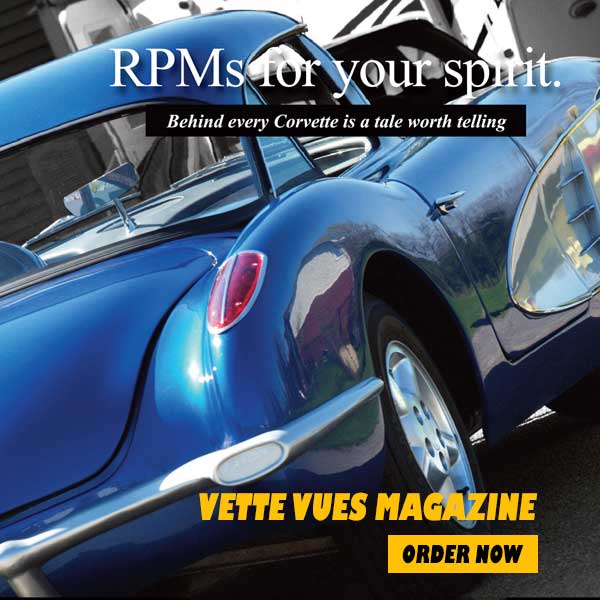 Subscribe to Vette Vues Magazine and receive a full year (12 issues) of America’s Corvette magazine mailed directly to your door. Every issue is jam-packed with great information on Corvettes including the newest updates, historical facts, product reviews, and more! Plus you receive a free classified ad each month.