Today on the Vette Vues blog, we look at the 1971 LS6 and ZR2 Corvettes displayed in the Gold Collection at the 49th Bloomington Gold Corvette Show. The event was held at the Lucas Oil Stadium in Indianapolis, Indiana.

When tested by a leading automotive magazine, an LS6 with a four-speed manual and a 3.36:1 limited-slip differential produced impressive numbers: a 0 to 60 time of 5.3 seconds, 13.8 seconds@105 mph in the quarter-mile, and fuel mileage between 9 and 14 mpg.

Building on the LS6 option was the ZR2 package. This option was priced at $1,747.00; there was a total of only 12 ZR2-equipped Corvettes produced, making them even rarer than the original Z06.  The ZR2 was a one-year-only production package comprising the best high-performance components available from the factory: LS6 454/425 HP engine, aluminum heads, a dual-plate clutch, M22 “Rock-Crusher” 4-speed manual transmission, J56 dual-pin heavy-duty power brakes, F41 heavy-duty suspension with special springs, shock absorbers and front and rear stabilizer bars, and a heavy-duty aluminum radiator without the shroud. Power steering, automatic transmission, radio, and air conditioning were not available as options.

Only 12-ZR2’s were made in 1971, 10 coupes and 2 convertibles. This car is the sole surviving original, unrestored convertible. With 8,735 miles, it has garnered an impressive array of awards including Bloomington Gold Benchmark®; NCRS Bowtie Preservation Excellence Award; MACAN Triple Diamond; Bloomington Gold Special Collection, and “The Great Hall” induction.

This 1971 Corvette COPO convertible features the optional LS6 454 CID 425 hp engine (Option cost: $1,221.00; one of 188 built with aluminum heads), a turbo-hydramatic transmission (one of seven automatics with the LS6 option and one of twenty-four convertibles), an exterior color of Nevada Silver with red interior, auxiliary hardtop, power steering, power brakes, power windows, AM/FM radio, tilt-telescopic steering column, 3.36 positraction, and custom shoulder belts. Unique to the Corvette are export procedure #1, export nontaxable status, and GM continental Antwerpen homologation with a special chassis/body/trim tag along with yellow epoxy two-component chassis sub-assemblies. Documentation includes the original tank sticker, build sheet, emission control decal, 1971 LS6 Corvette survey, Franklin Mint agreement, AMF-676 Sweden license plates, and owner history back to 1973. The Corvette’s production date was March 8th, 1971, with delivery for export to Europe (dealer code 2 in zone 79) per the official NCRS/GM shipping data records. The car is thought to have been ordered & owned by King Leopold III of Belgium and is one of the featured C3’s of Mr. Hendrick’s Heritage Center. The LS6 is a Bloomington Gold SURVIVOR® and was selected for a Franklin Mint model.

This 1971 LS6 Corvette convertible was originally ordered by a military serviceman stationed in Europe, it is one of three known “Export” LS6 Corvettes built, it has it’s born with the original factory-installed engine, after a year in Europe the car was shipped to Rome, New York where it was street raced until the early eighties, then a doctor purchased it and during his ownership, he commissioned Dick Ferrando of D & A Corvette Inc. to body off restore the car. The Doctor owned the car for 38 years and only put a total of only 500 miles on it in all that time. It has been stored and not driven in his garage since 1998. I am the NCRS LS6 “Survey Guy” and have been for the past 20 years, and have been aware of this car for the past 15 years, and was able to purchase it last year. I have since gone thru all the various vehicle systems and made it show-ready. The complete story of the car history and how I was able to find the car and purchase it will be the subject of a future magazine article.

This Sunflower Yellow Corvette LS6 Convertible is a fabulous unrestored example with just 33,149 original miles. With a Saddle interior, white soft top, and black vinyl-covered auxiliary hardtop. Produced May 10, 1971, and delivered to a dealer in New Hampshire. Retaining the original matching-numbers LS6 454/425 HP engine mated to an M22 4-speed transmission.

The prior owner kept the car for 31 years, and excellent documentation included the tank sticker ownership history with previous titles dating back to 1973 and a CCAS engine affirmation letter. Already rare as one of 188 LS6 Corvettes produced for 1971, this unrestored survivor is immensely collectible as one of only an estimated 50 convertibles.

In the words of the original owner:

“Dianne Wilson, my wife, worked at Harvey Lane Chevrolet in Pascagoula, MS.  Around April 1, 1971, a transporter unloaded a red 1971 Corvette convertible in front of the dealership when she and a couple of other employees walked outside to watch. One of the service representatives was inspecting the red convertible Corvette, and Dianne said, ‘that is a beautiful car.’ He asked her if she would like to go for a ride.  They went for a short ride, after which the car was serviced and placed on the showroom floor. The car remained on the showroom floor until sometime in February 1972, when it was sold to a young man. The young man returned the car two weeks later with approximately six hundred miles because it had no air conditioner and his wife would have no part of THAT!  Dianne saw the car being traded in and told the used car manager that she wanted to buy the car. So, on March 9, 1972, we were proud owners of a 1971 Corvette LS6.”

After Mr. Wilson bought the car, he purchased a hardtop from the dealer.  He removed the folding top from the car and installed the hardtop which remained on the car for 42 years leaving the paint-stained by the seal.  Fortunately, he retained the original folding top which has now been reunited with the car.

I followed this car for over 10 years when I first saw it for sale by then-owner Dr. Joe Linzalone. I waited too long and it was gone later turning up at Legendary Motors in Canada. I lost it again when it went to a private collection in Canada. I rediscovered the car some years later when it went back to Legendary Motors where I continued to monitor it. During that time it was used in Legendary’s weekly cable show in the episode called “Trading up to a Cobra” the owner brought the LS6 into work a trade on an original Cobra. In 2018 I saw Guy Mabee’s LS6 red convertible and that sealed the deal; I decided it was time to get serious about that LS6. In early 2019 I traded two very nice original cars for the Mulsanne Blue LS6, a 66 Black/red L36 coupe and a 68 Red/black L71 coupe. Hated to see those two cars go and still reminisce at their pictures today, but I made the right choice “Trading up to an LS6”.

My memories of the car start around 1974 or 75 and this cool red 1971 Corvette with a 454 and Baldwin Motion look car shows up in the school parking. No one knew back then it was an LS6 and even when Harry and I raced late one night (about 1976) in our hometown, my 1969 Corvette with a new LT1 replacement motor and his 454, I had no idea what I was up against. The car just disappeared around 1978 but the story was it was stuck in the barn at Harry’s parent’s farm. I was never convinced it was still around until about 2005. Five years of negotiation and it was ours.

This well cared for LS6 has been featured in M.F.Dobbins Vette Vues Fact Book and Corvette Quarterly, and The Gold-certified Cars of Bloomington Gold. With only 8,844 miles on it, it is like new in every way. For most of its life, the car has been cared for by Carl Strohm and Linda Dunlap. This car has won every award there is for originality in both NCRS and Bloomington Gold. This example of St. Louis production has been used, as any Benchmark car should, as an example for the restoration of several other LS6’s and as an example in writing the 1970-72 NCRS Technical Information Manual and Judging Guide. I am honored to be the current and fourth custodian of this outstanding example of Zora’s Last Hurrah!

This LS6 was originally ordered and delivered in early April 1971 in Cincinnati, Ohio, and is a Sunflower Yellow convertible with a black interior and top.  It has a four-speed transmission. The car was ordered in early January, so the wait for delivery seemed extremely long. “This LS6 is a two-owner car; the original owner and I were engineers in Cincinnati. The car has 46,000 miles on the odometer. The original owner indicated that when he had the car serviced at the local Chevrolet dealer, the passenger floor mat would be folded back under the seat after the technician completed his post-service test drive! We all love fast cars.”

On January 21, 1971, 17-year-old Larry W., accompanied by his parents, ordered this LS6 from Thorp Chevrolet, Annapolis, MD. After receiving it in early April, he had it custom painted, added side pipes and mag wheels.  And in the first seven years, he drove it 55,631miles. In 1978 he sold to the second owner, who, after driving it several thousand miles, put it in dry, enclosed storage for the next 26 years, intending to restore it. He sold it to a friend, who for the next 14 years intended to restore it, and who, in March 2017, sold it to the present owner. All the original parts remained with the car the entire time other than the differential and the Air Injection Reactor (smog) system. Featured in the NCRS Corvette Restorer magazine, it now has 59 thousand miles on it and is driven on backcountry roads on cloudless days.

The original owner had placed the order for the “Red Baron” (that was the name that John B Young II had given the special 1971 LS6 Corvette). John walked into Palmer Chevrolet in Ocean City, NJ, on July 2, 1970, and placed an order for this heavily optioned Corvette. The order sheet stated, 1970 Model, the order sheet literally has every line filled with options. The dealer, not knowing this car would ever be built, made a note in the section “Delivered on or About,” states “As Possible” it turned out that John Young II had to wait almost a year for this special car, nine months later the car was scheduled to be built. John took delivery of the “Red Baron” on March 24, 1971. The cost for this heavily optioned 1971 Corvette is $8,065.60. John owned The Red Baron for 13 years before passing it along. I have known the 1971 LS6, the “Red Baron,” for almost 25 years; the car was owned by Rich Bernat, a former colleague of mine who I’ve known for almost 40 years. Back in 2014, Rich had approached me and inquired about my interest in the car; I was very interested, but the timing wasn’t right having two young children in Catholic school, a mortgage, bills…LIFE. Recently Rich approached me again about my interest in the car. By this time, I was financially prepared to purchase the LS6 and, at the beginning of 2021, I took ownership and worked to preserve this beautiful car as she is showing her age after 50 years. I look forward to being part of the “Red Baron’s” history.

The Bloomington Gold Corvette show is an annual car event that is held each year in June.  For more information on this event and the next year’s date check their website https://www.bloomingtongold.com/ 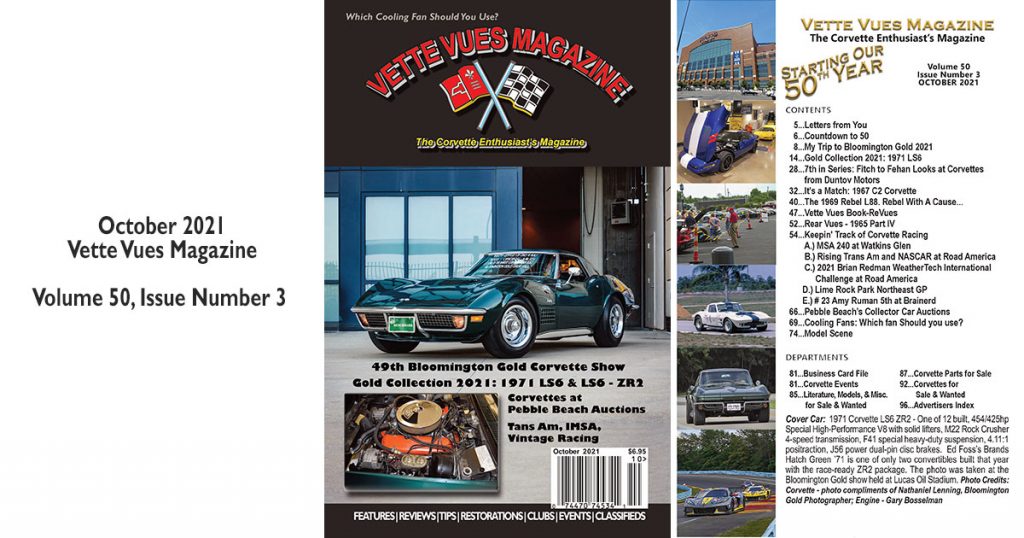 OCTOBER 2021 VETTE VUES MAGAZINE DIGITAL EDITION, #599, Volume 50, Issue Number 3 BACK TO DIGITAL EDITION LINK PAGE If you are not currently a member of the Digital Edition section on our website you can subscribe here. To access this… 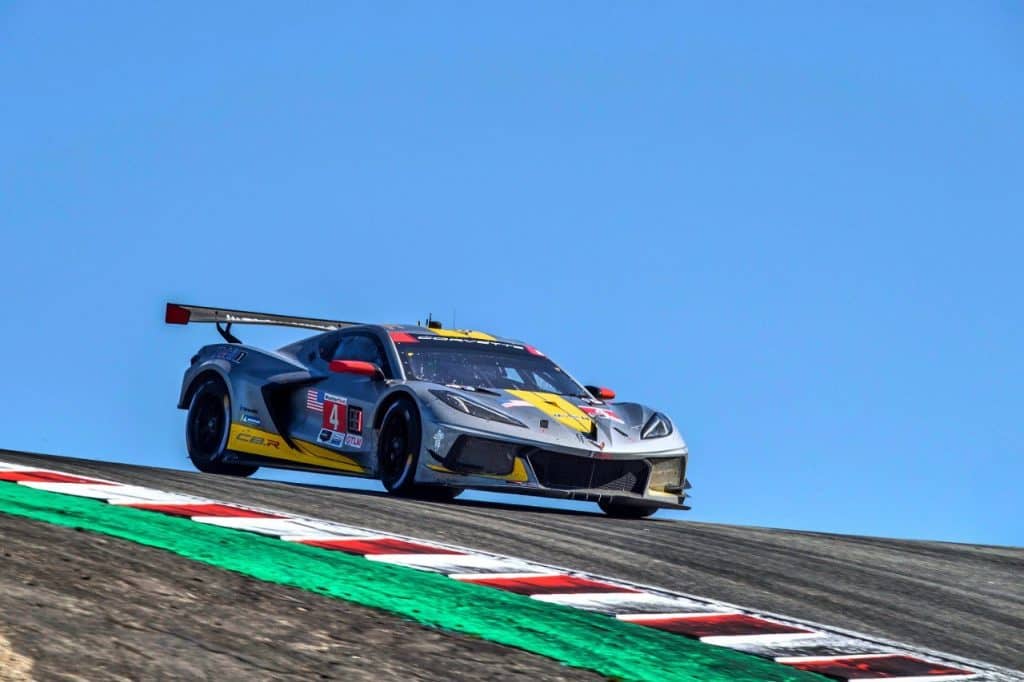 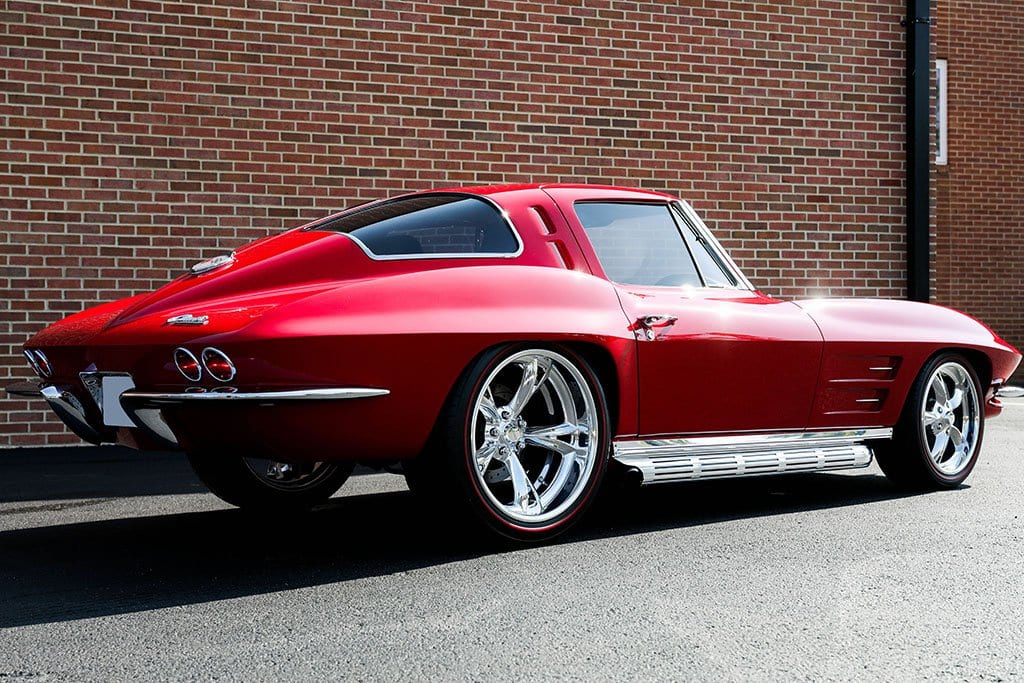 The inaugural Barrett-Jackson Houston Auction, held at the NRG Center, starts September 16, 2021, and runs through the 18th. We are going to look today at a stunning 1963 Resto-Mod that is going across the block at No Reserve! The inaugural… 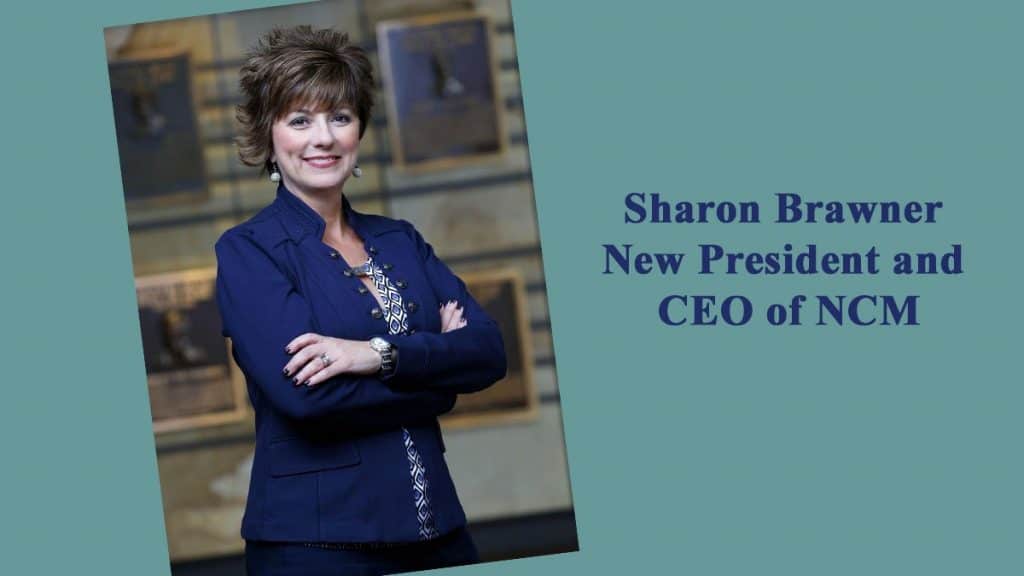