Today in our blog we are going to look back at the 2008 Corvette Z06 E85 Indy 500 Pace Car.  It was driven during the race’s pace lap by two-time Indianapolis 500 champion Emerson Fittipaldi at 92nd Indianapolis 500.  Photos of the car appeared in the August 2008 issue of Vette Vues Magazine, of which it also graced the cover.

E85 is blend of 85 percent ethanol and 15 percent gasoline. Its benefits include reduced emissions of greenhouse gases and a reduced dependence on petroleum. GM is the leader in E85 production models, with more than 2.5 million E85-capable cars, trucks and SUVs on the road – with more on the way. Chevrolet offers seven E85-capable models in 2008.

Apart from the fuel system and powertrain controller revisions required to run E85, the Z06 concept pace car is mechanically stock. It is distinguished by a unique Gold Rush Green color-shifting paint scheme that changes between hues of green and gold when viewed from different angles and in different light. A subtle checkered flag pattern also is part of the paint scheme. Safety equipment and strobe lights are the only other equipment added to the car. 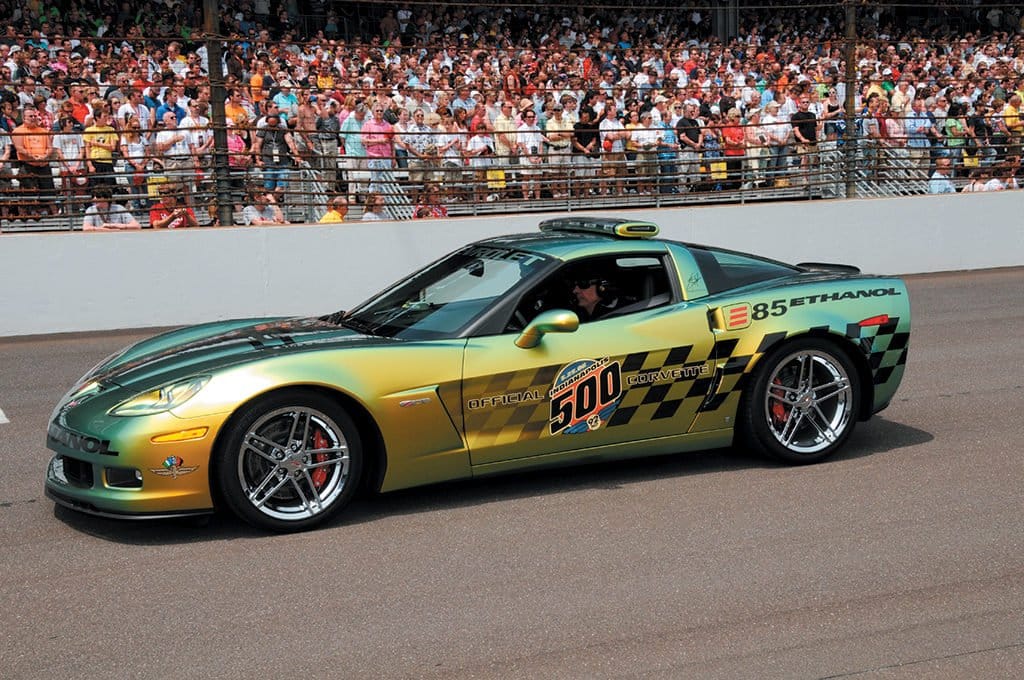 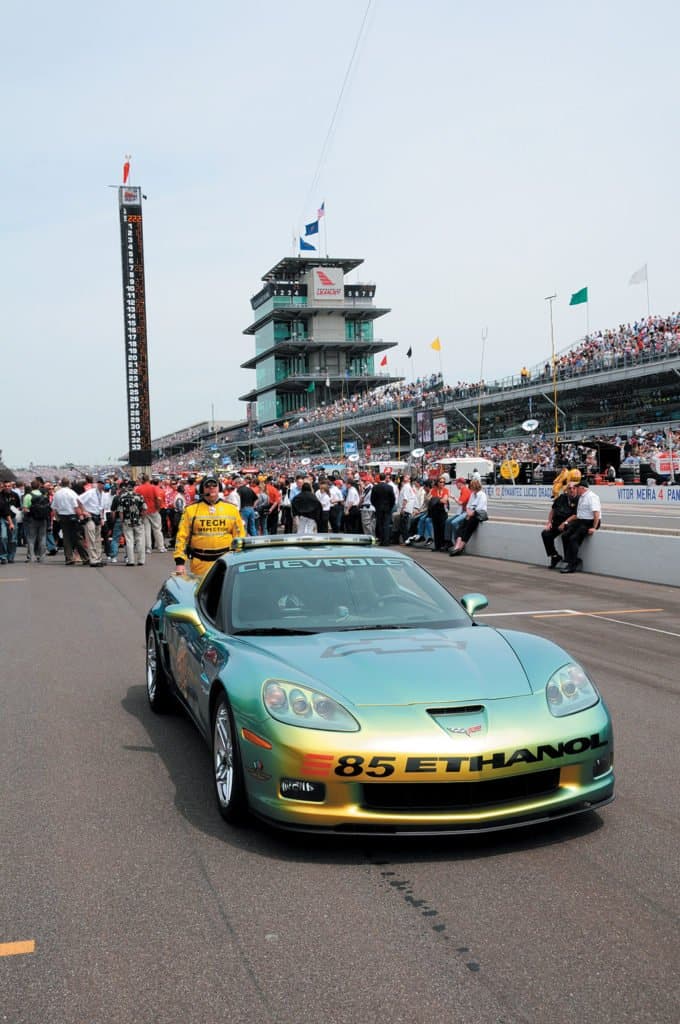 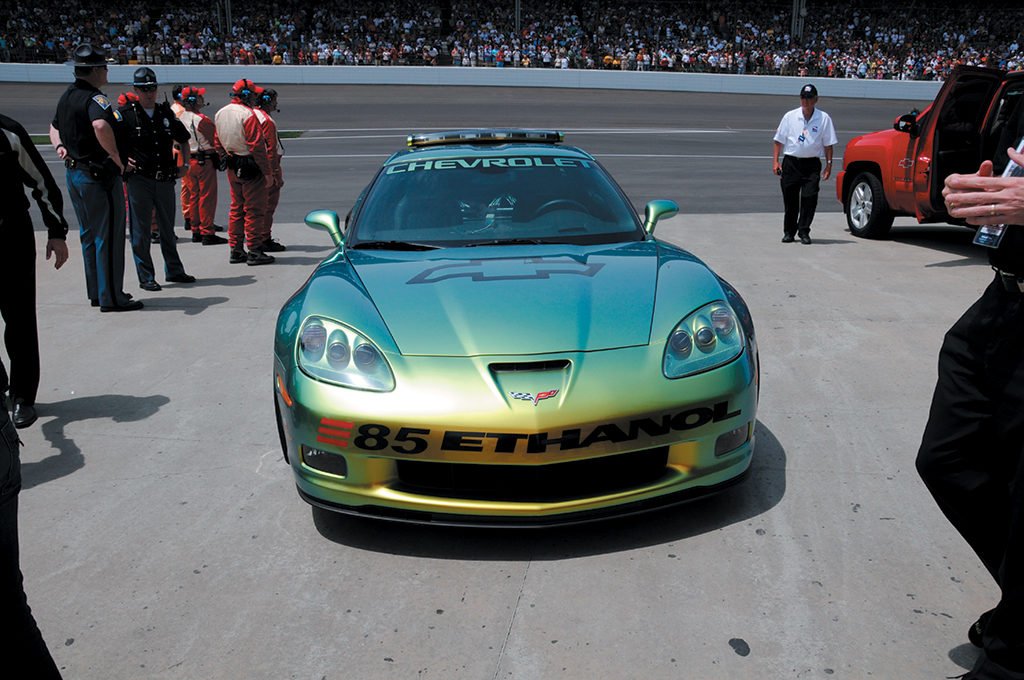 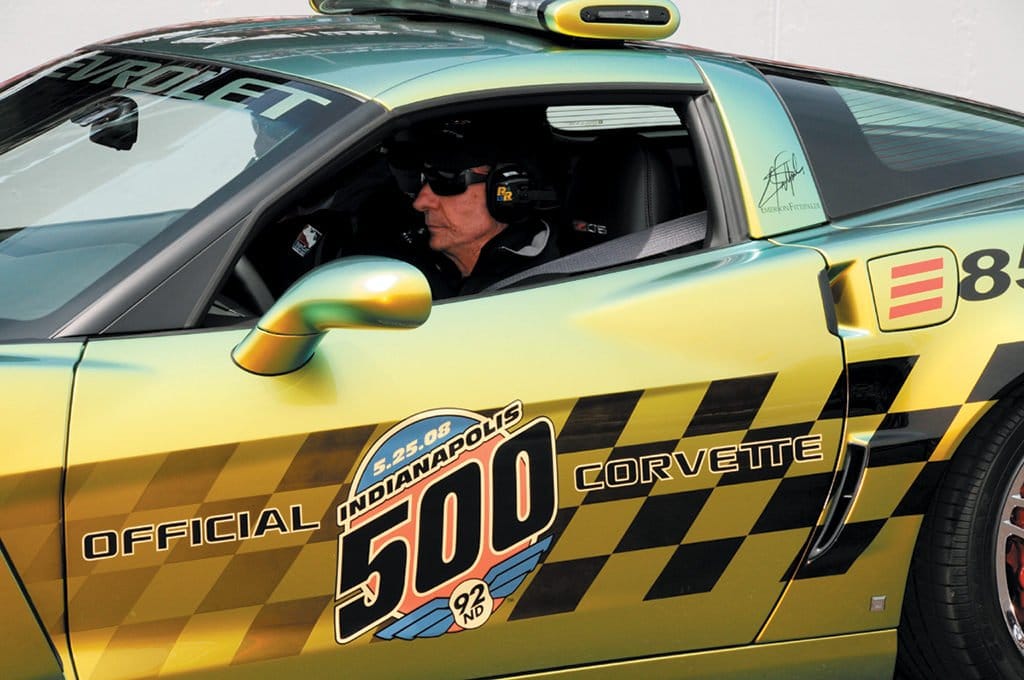 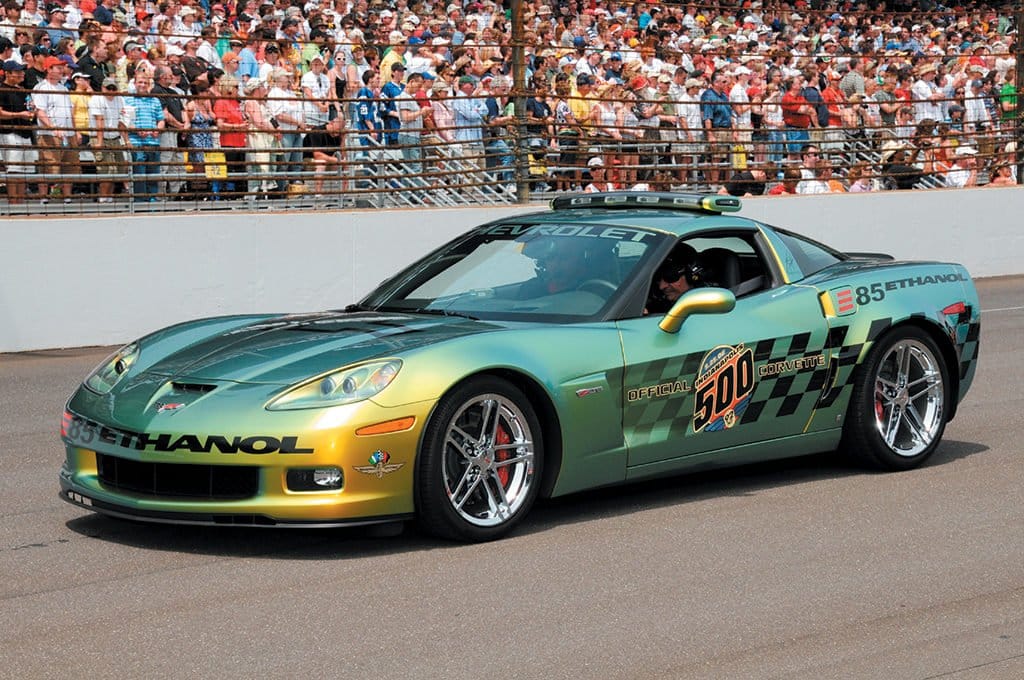 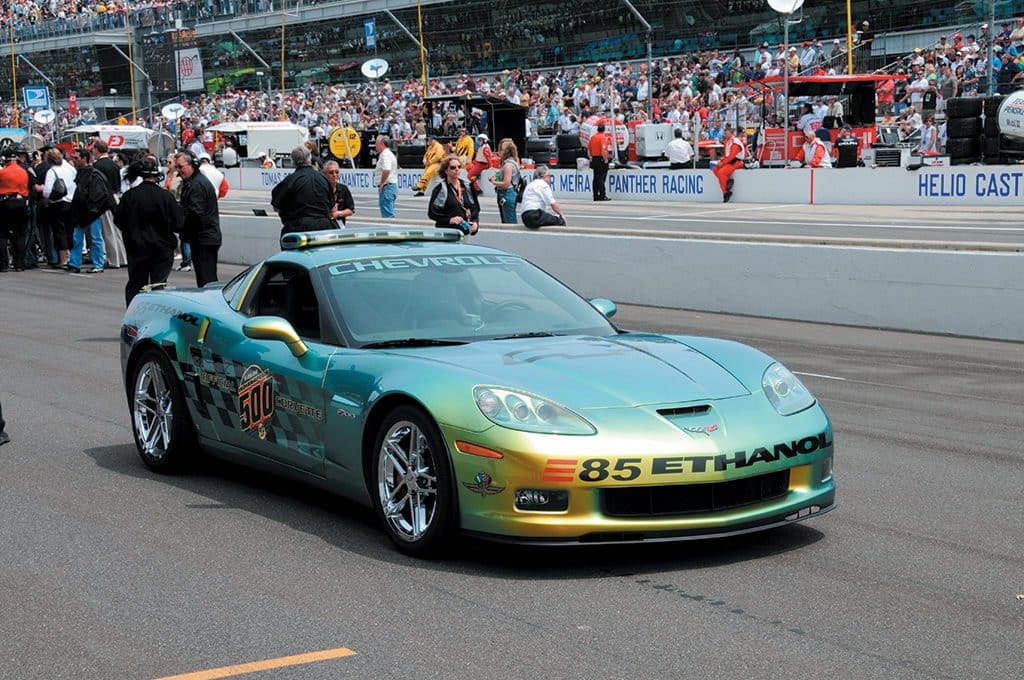 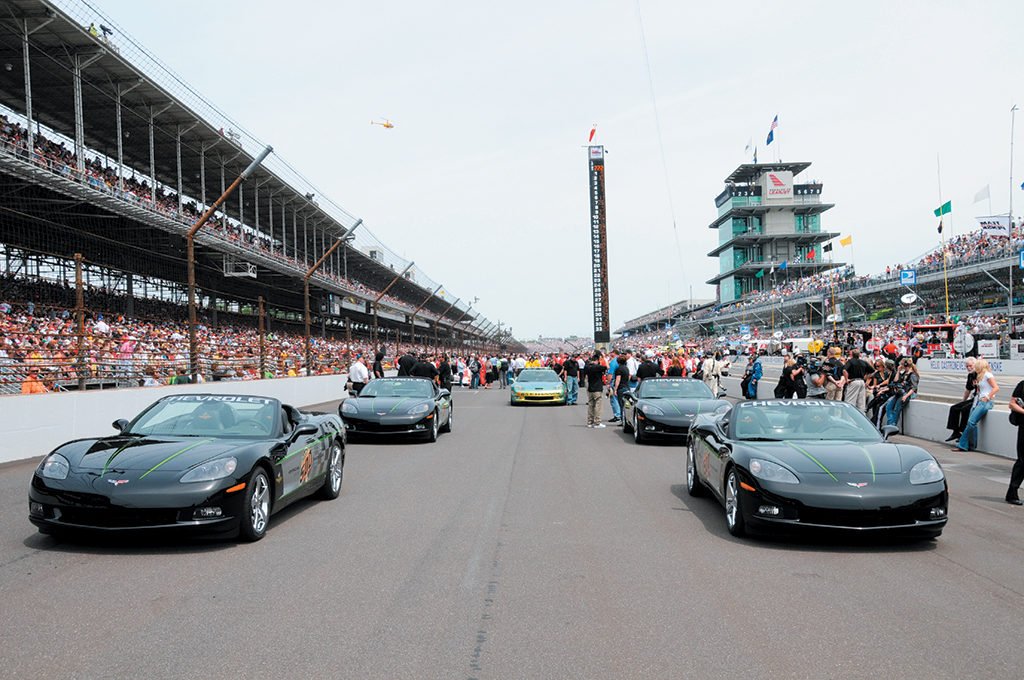 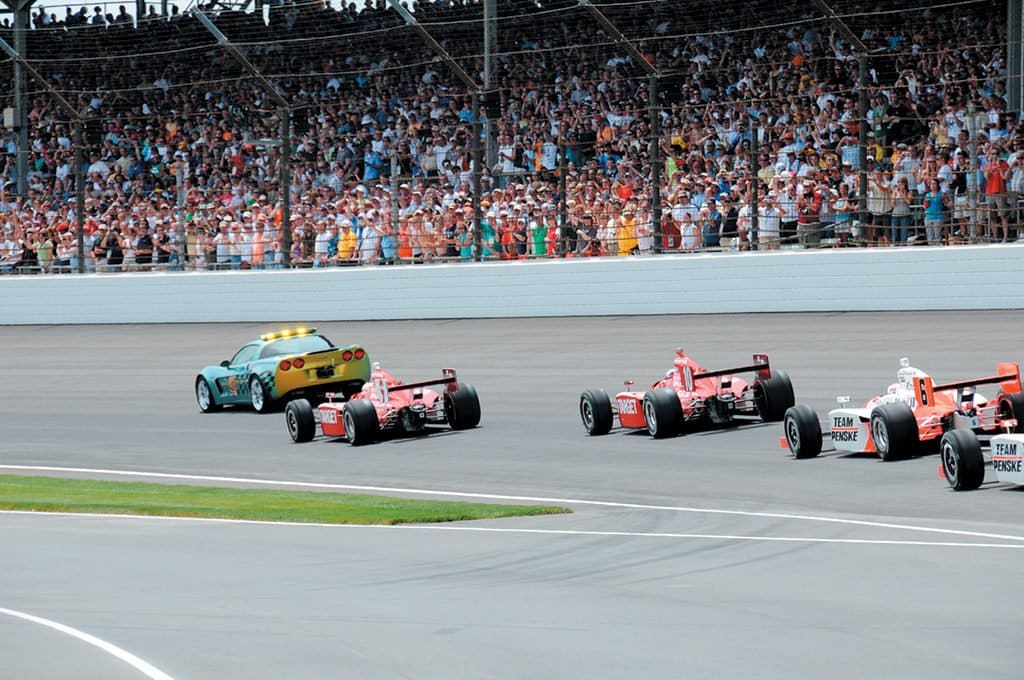 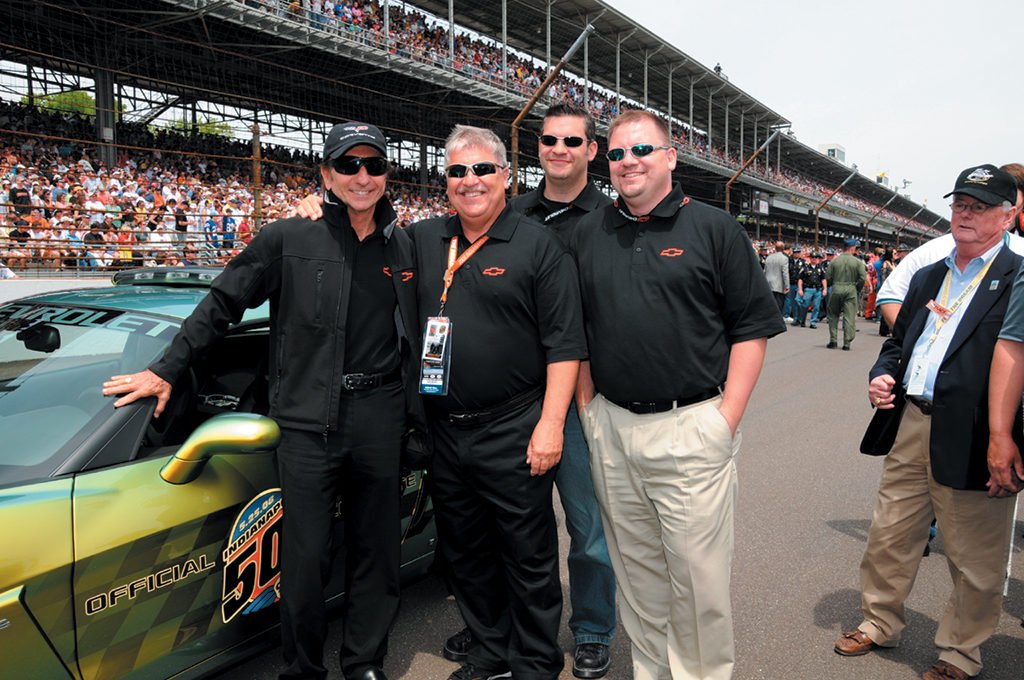 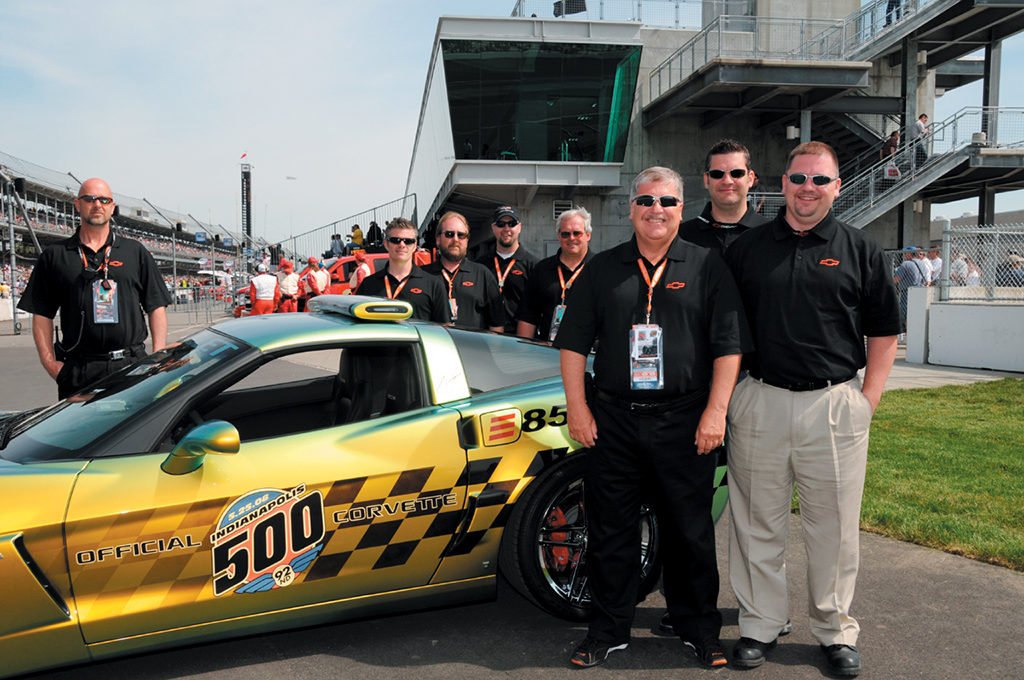 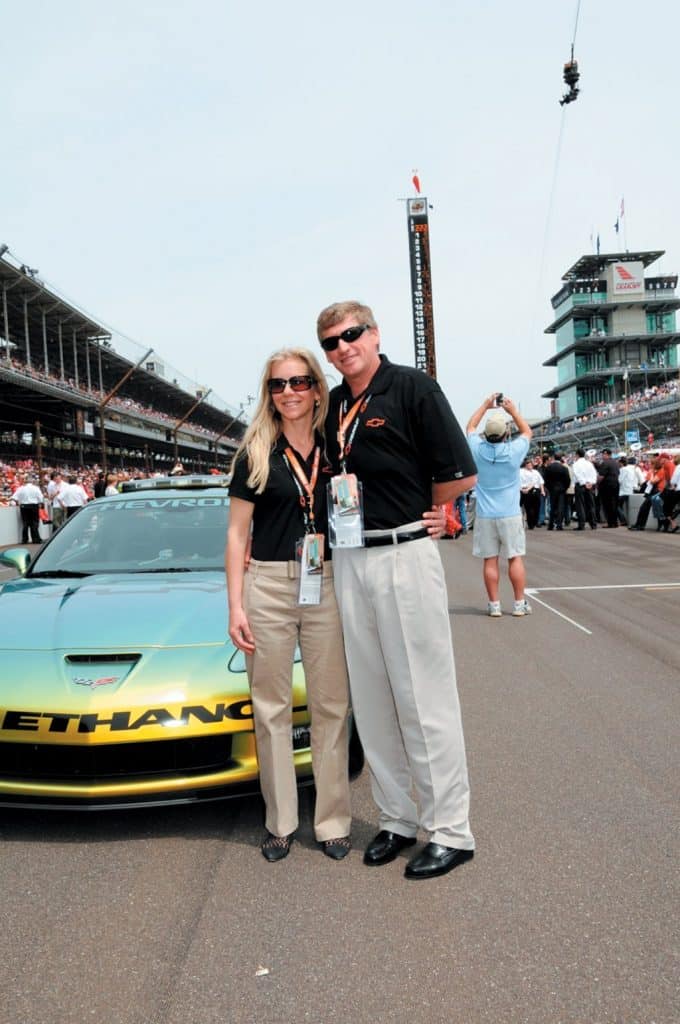 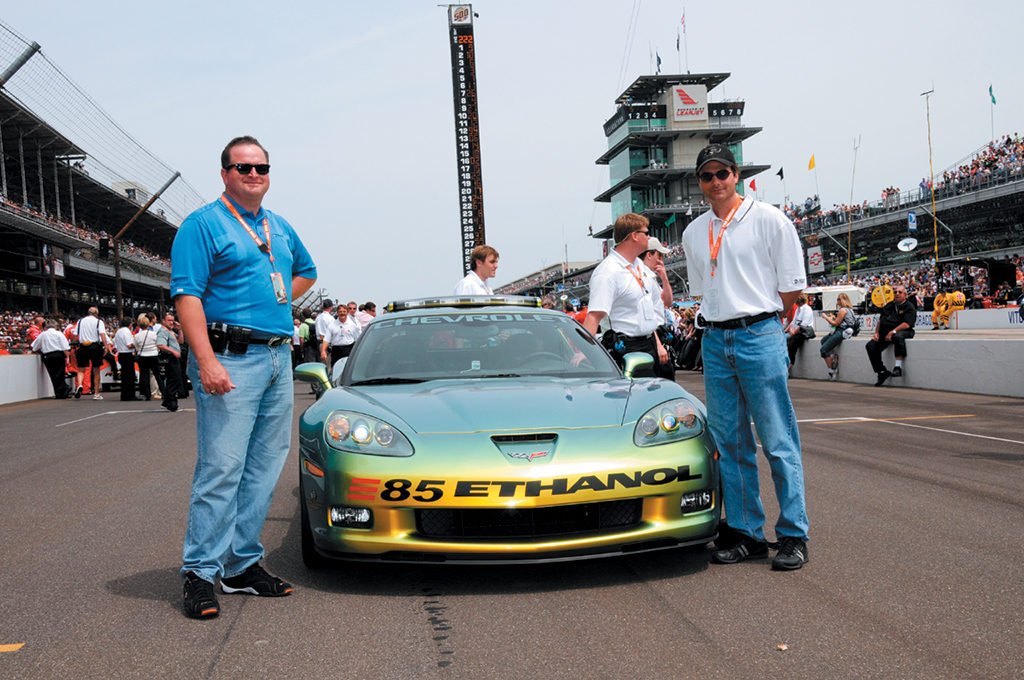 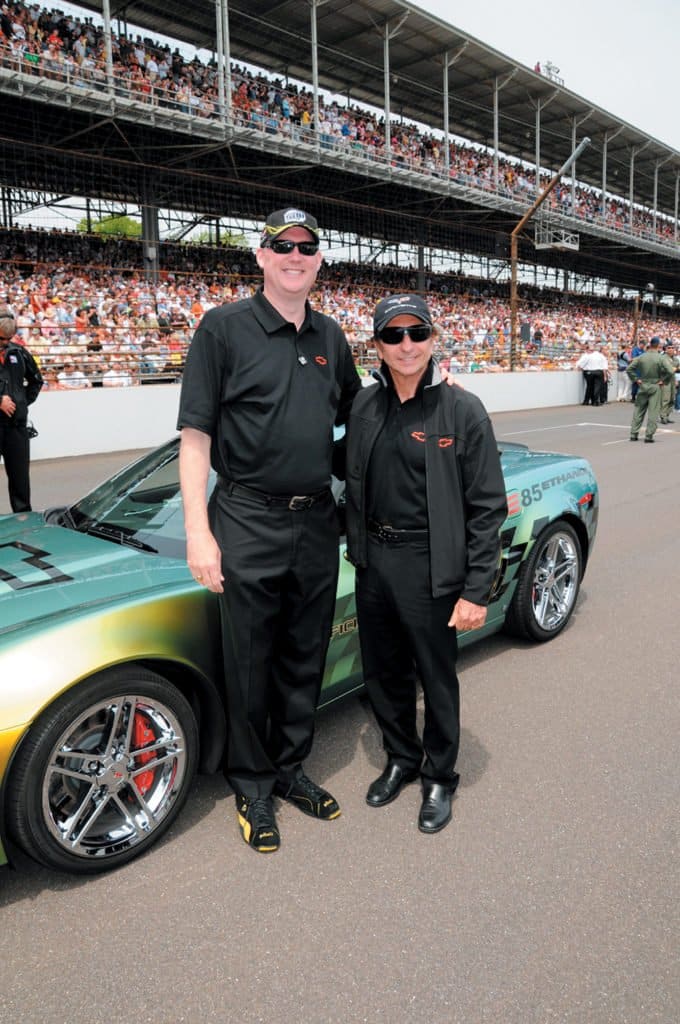 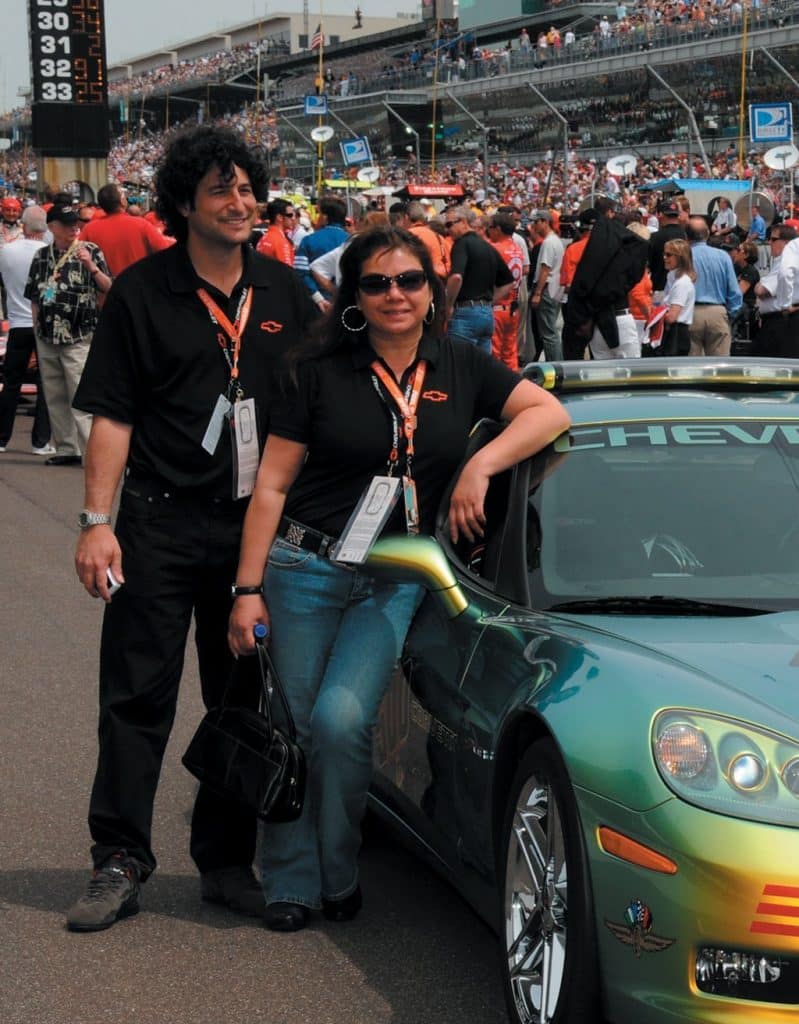 You can read the press release for the 2008 Indianapolis 500 when a pair of distinctive yet highly differentiated Corvette models will serve as the official pace cars on this blog post page:

Here are some other articles about Corvette Pace Cars: