Chevrolet has revealed the C8 2023 Corvette ZO6. You can watch the video reveal, read the press release and the preliminary specifications:

CHECK OUT THE 2023 CORVETTE ZO6 REVEAL

“Putting the World on Notice,” an approximately 30-minute reveal film, will premiere on chevy.com/Z06 on Oct. 26, at 12 p.m. ET. Immediately following the film, Chevrolet will host a panel discussion featuring Corvette and third-party experts, who will share how the Corvette Z06 provides an unparalleled driver experience.

ABOUT CHEVROLET
Founded in 1911 in Detroit, Chevrolet is now one of the world’s largest car brands, available in 79 countries with more than 3.2 million cars and trucks sold in 2020. Chevrolet models include electric and fuel-efficient vehicles that feature engaging performance, design that makes the heart beat, passive and active safety features, and easy-to-use technology, all at a value. More information on Chevrolet models can be found at www.chevrolet.com.

DETROIT – Set your watch. The worldwide reveal of the all-new 2023 Chevrolet Corvette Z06 will be shown on Oct. 26 at 12 p.m. EDT. The feature film will be followed by a panel discussion featuring a variety of individuals who will bring a unique perspective to this new supercar that will put the world on notice. Viewers may tune in at www.chevy.com/Z06.

C8 2023 Corvette Z06 reveal date was recently released.  There is no need to look at the spy photos because Chevrolet also posted a photo of the new Corvette Z06 ahead of the official reveal.

The Chevrolet Corvette has consistently been one of the fastest-selling cars in America since its debut in 2019 and the ZO6 is sure to maintain that record.

DETROIT – Start the countdown: The all-new 2023 Chevrolet Corvette Z06 will be revealed on Oct. 26, 2021. Designed to amplify the thrill of driving, the Corvette Z06 is a supercar that performs – whether on backroads or the Autobahn or the world’s most recognizable tracks like Circuit de la Sarthe.

We had previously posted the video of the Z06 taking a road trip through Germany and France and had a chance to hear the new ZO6 with our ears. CHECK IT OUT

Now let’s look at the first official photo of the 2023 Corvette ZO6.  This gives us a chance to check out the exterior design of the upcoming Corvette ZO6.

Now let’s look at the side view of the Accelerate Yellow 2022 Corvette Stingray IMSA GTLM Championship Edition and the side of the 2023 Corvette ZO6.

The C8 ZO6 side reminds us a little of the C8. R Corvette Race Cars Side.

We also notice so new wheels on the 2023 Corvette ZO6.

Although we don’t get a rear shot, we can see that the 2023 Corvette Z06 also has a new spoiler. 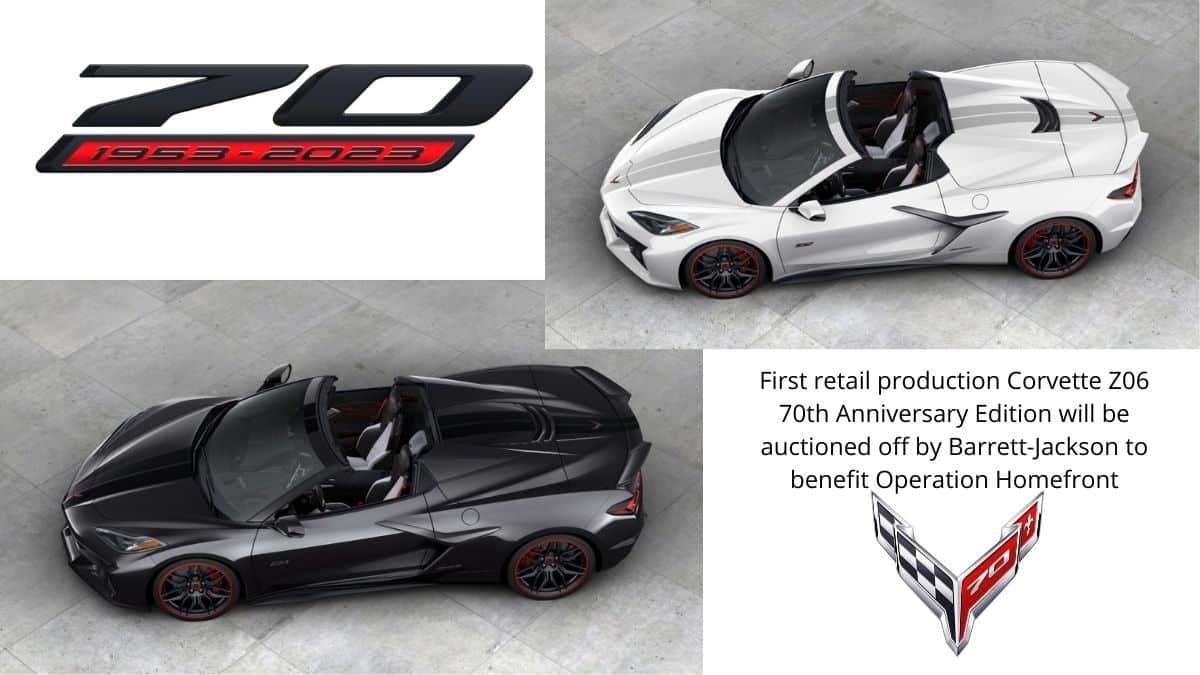 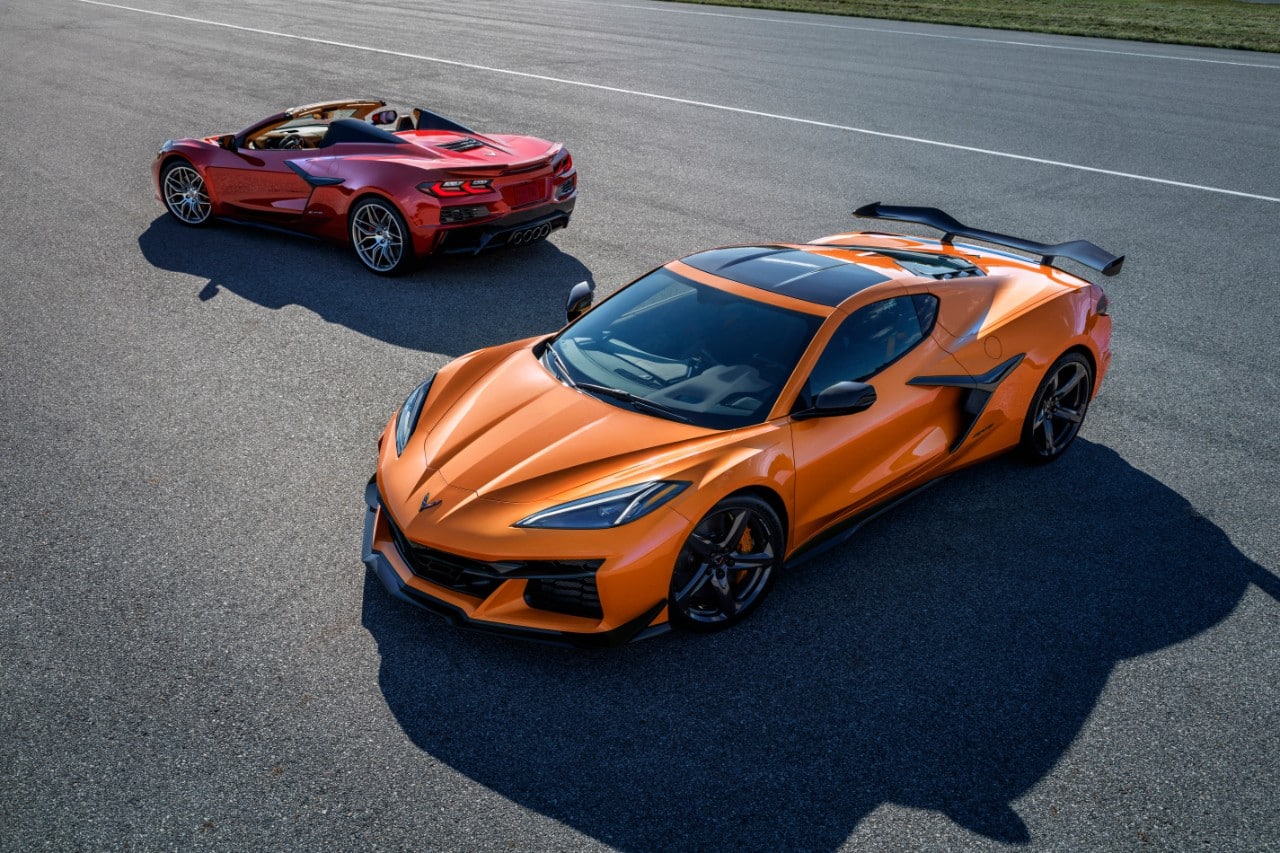 Chevrolet did a video reveal of the new C8 2023 Chevrolet Corvette ZO6. We have that for you as well as the preliminary specifications. At the end of the press release we have the press photos. 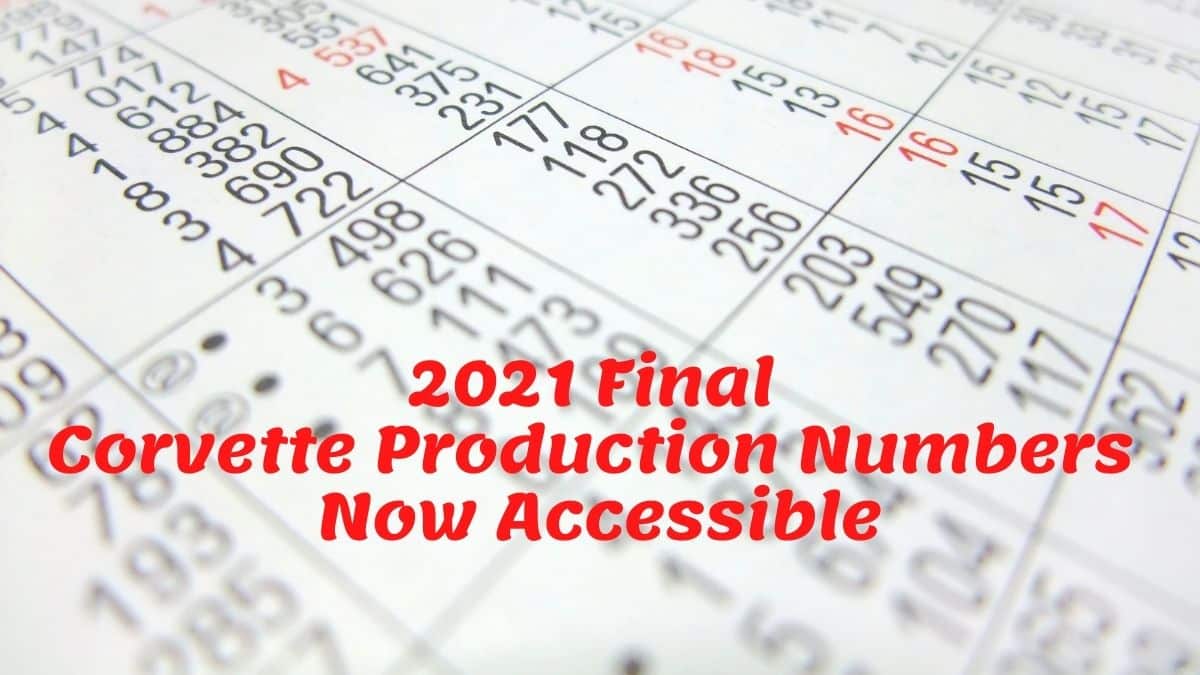 The Chevrolet has released the final production numbers for the 2021 Corvette. Find out final statistics on the favorite body style, colors, options, and accessories on the 2nd year edition of the C8 Corvette. There is a downloadable pdf where you can examine the comprehensive list. 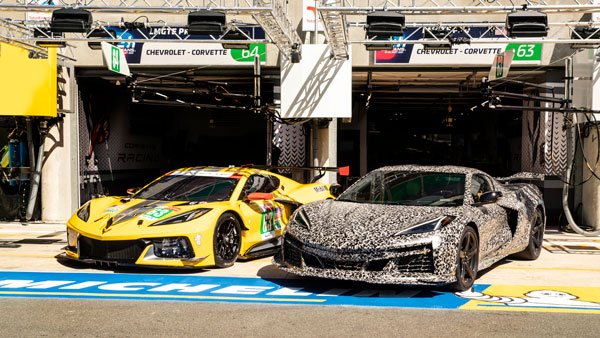 Chevrolet has just released a teaser video that shows a camouflaged prototype with a big wing testing on various racetracks in Europe and the debut date. 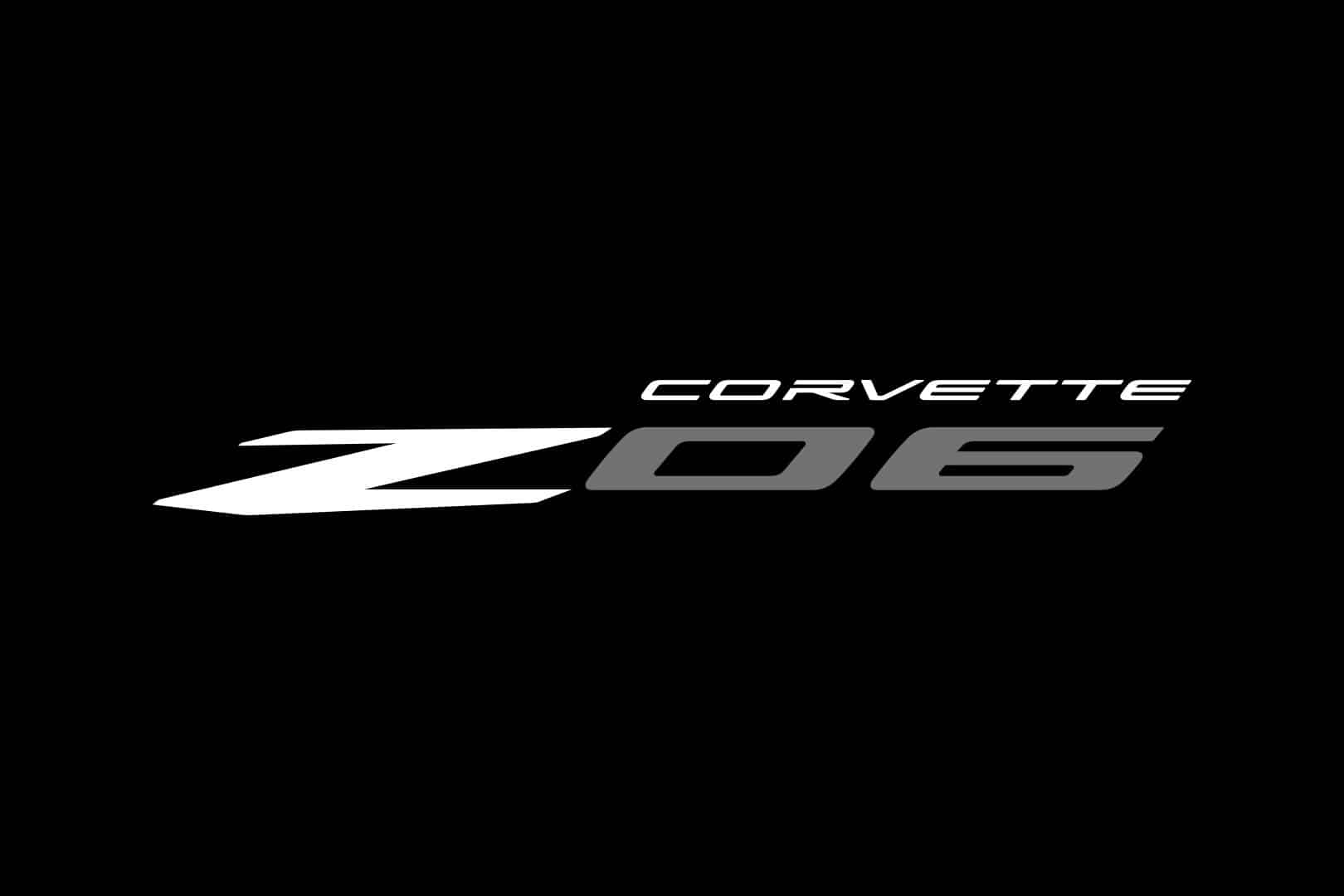 Chevrolet just released the first official video of the C8 2023 Corvette Z06. Check out the audio clip of the flat-plane-crank 5.5-liter V-8. The C8 Corvette ZO6 will debut as a 2023 model.

If you are not familiar with Vette Vues Magazine, you can see what our subscribers enjoy each month in our ISSUE PREVIEW.