Drivers at Corvette Racing have come and gone over the past years. But Doug Fehan, who started with the General Motors racing program in 1988, has led the team since 1996 is now stepping down.

Today we share with you the Press Release dated December 16, 2020:

Doug Fehan Steps Away After 25 Years With Corvette Racing

Fehan started with GM Racing in 1988 and worked on a number of the company’s motorsports programs including the Chevrolet Beretta Trans-Am, Chevrolet Intrepid GTP and Oldsmobile’s World Sports Car efforts.

He was named program manager of Corvette Racing in 1996. Fehan and the Chevrolet Motorsports team worked for two-plus years on the development of the Corvette C5-R racecar, which served to market the hugely popular Corvette C5 production car. The C5-R debuted in January 1999 at the Rolex 24 At Daytona and produced a podium finish in the GT2 class. Subsequently, Fehan worked with the team to develop and race three additional generations of racing Corvettes: the C6.R, C7.R and the mid-engine C8.R, which made its competition debut this year.

Each racecar served as development platforms for technology transfer to Corvette production cars, culminating with the C8.R and the 2020 Corvette Stingray.

In 22 seasons, Corvette Racing has won 14 Team championships, and 13 Manufacturers and Drivers titles to go along with 113 race victories. It also is the only team to achieve 100 wins in IMSA. In 238 races, the two Corvette Racing teams have finished first and second a remarkable 63 times.

“Doug’s contributions to Corvette Racing go far beyond the unparalleled successes on the race track,” said Jim Campbell, Chevrolet U.S. Vice President, Performance and Motorsports. “He developed strong relationships between Corvette Racing and the Corvette Engineering, Design, Powertrain and Marketing teams, and a variety of corporate sponsors, along with the various series and sanctioning bodies in which Corvette Racing competed.

“Doug’s passion and enthusiasm created an incredible connection with race fans around the world. Any fan who met Doug will never forget him.”

Perhaps fittingly, Fehan’s last race as program manager was the 2020 Mobil 1 Twelve Hours of Sebring presented by Advance Auto Parts at Sebring International Raceway. Corvette Racing has won 12 times at Sebring – more than at any other track.

Corvettes also have eight wins at Petit Le Mans and three wins at the Rolex 24 at Daytona – including an overall win in 2001 and a 1-2 class finish in 2016. On the world stage, Corvette Racing has eight class wins at the 24 Hours of Le Mans. Fehan was recognized by the Automobile Club de l’Ouest (ACO) with the esteemed “Spirit of Le Mans Award” in 2014 for his contributions to the iconic endurance race.

Fehan also was inducted into the prestigious National Corvette Museum Hall of Fame earlier this year.

A replacement will be named at a later date.

Check out our Recent Posts: 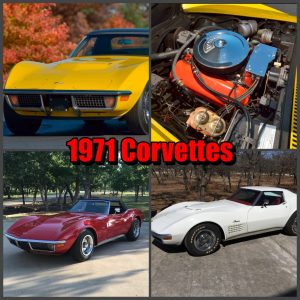 The 1971 Corvette is celebrating its 50th Anniversary this year (2021). Today we'll look at the history, one that just went to auction as well as a special event display featuring the LS6 1971 Corvettes. 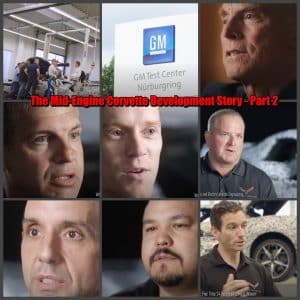 Chevrolet released (January 4, 2021) the second chapter of its two-part documentary: “Revolution: The Mid-Engine Corvette Development Story.” This episode follows the Corvette engineering team’s journey to build a supercar for every day – with superior ride comfort on the highway and well-balanced handling on the track – while also chronicling the rigorous performance testing… 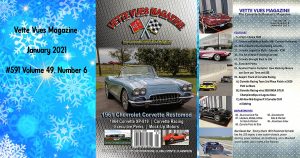 After fourteen years in Punta Gorda, Muscle Car City owner Rick Treworgy has decided to close the doors of his museum. There are 48 Corvettes going to be auctioned at no reserve! 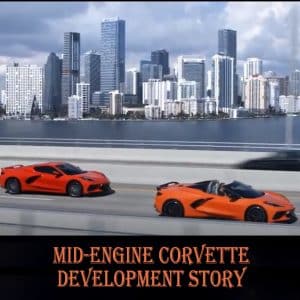 Our video today is a Corvette Design Documentary by General Motors. It is filmed on location at the GM Design Center in Warren, Michigan (You can find Part 2 Here) Part 1: You will find the following designers in this Corvette Mid-Engine development story: AND NOW OUR VIDEO… Here are some other articles on the…

Each month in Vette Vues Magazine there are classified ads. These are available in both the print edition as well as on our website. You can check them out here:

Literature for Sale and Wanted

Corvette Parts for Sale and Wanted

Corvettes for Sale and Wanted