Corvette coverage of the MCACN November 18th & 19th, 2017 at Donald E. Stephens Convention Center.  You will also want to check out our Photos Gallery.

Every year before the holiday season kicks into high gear, the Muscle Car and Corvette Nationals show hits the Chicago area. Filling nearly 400,000 square feet of the Donald E. Stephens Convention Center in suburban Chicago, just minutes from the O’Hare Airport, it is an absolute must-do event for participants and spectators alike. Each year they host well over 500 cars, and plenty are prime Corvettes!

This year the show featured several Corvette specific displays in addition to the Triple Diamond Corvette competition and display, sponsored by Corvette Central. Up front, you see an entire row of 1967 L88 Corvettes, in honor of their Class of ’67 50th Anniversary and Corvette Legends displays. Coordinated by Dr. Pete Gimenez with assistance from Kevin Mackay, you saw some of the most coveted and sought-after examples in existence. This included both stock and race cars, coupes and convertibles. With a mere 20 of these cars built, it is a treat to see even one!

Dr. Pete sponsored and hosted his hand-picked group, known as the Corvette Legends Invitational, in addition to the L88’s. For the past several years Dr. Pete has assembled a stellar group of notable Corvettes. Remember the full row of various C3 L88’s a few years ago and the circle of 67, 68 and 69 L88’s? Each year Dr. Pete outdoes himself, and he was on hand to sign his outstanding book, Corvette Racing Legends. In addition to the cars, Dr. Pete always has some very notable special guests joining him, which this year included Tony DeLorenzo along with Kevin Mackay and Franz Estereicher.

Over in the Triple Diamond Gallery, MCACN Managing Member Bob Ashton tells us we will see one of the largest fields of competitors to date. “Each year our Triple Diamond award and certification becomes more recognized and sought after,” Ashton stated. Since achieving both NCRS and Bloomington Gold certification within five years is a pre-requisite, each year we are assured of seeing some of the finest original and preserved Corvettes ever gathered under one roof. With the beautiful engraved and personalized crystal awards, this has become one of the most respected and coveted awards in our hobby.

Additional Corvettes are always featured throughout the show floor and in various special displays. This year we saw some outstanding examples in the Class of ’67 and Class of ’72 Anniversary displays, in the Vintage Certification area for unrestored originals, and even a few surprises over in the fun Barn Find and Hidden Gems section. There have been some incredible finds in their Vintage and Barn Find area’s, and we are always blown away by what the MCACN team uncovers.

As if that isn’t enough to keep the Corvette enthusiasts excited, Ed Foss showcased his incredible Cutaway 1953 Corvette. We saw this work of art at Bloomington Gold, and Corvettes at Carlisle, and it is just amazing. With the passenger side appearing factory stock and the driver’s side offering an inside peek at what is underneath, you could spend hours studying the incredible detail. The team at Corvette Repair did a truly amazing job creating this car, believed to be the earliest C1 chassis in existence. And the story of how Mr. Foss found this car on eBay gives us all inspiration!

Of course, the MCACN show is not all about Corvettes, which is what makes it truly unique. Catering to the absolute best examples of American Muscle and the rarest Corvettes, we are always treated to an amazing event.

In addition to the cars, several of the Official Sponsors are Corvette related and have big displays. Bill Stasek Chevrolet, one of the largest volume Corvette dealers in the nation has been the Presenting Sponsor since their inception in 2009. They always have the hottest in new Corvettes along with some awesome Callaways, and Corvette Central is the Official Sponsor of the Triple Diamond display and competition. Guy Larson and the Bloomington Gold crew are always on hand with a nice display and last year we loved seeing the outrageous competition inspired C3 shown by the Hot Rod Chassis & Cycle folks, another MCACN Official Sponsor.

There is no doubt that there is enough for the Corvette fan to see to justify attending, but what really makes this show a must do is the incredible diversity. The show is often referred to as “The Pebble Beach of Muscle Cars, ” and with the incredible amount of rare and one-off cars that you see, we can certainly see why. Additional special displays featured “steel” cars include a 50th Anniversary GM F-Body Invitational, featuring the rarest examples of 67-69 Camaro’s and Firebirds, Mopar Shaker Hood cars display and the Kars of Kar Kraft, featuring Mustang Boss 429’s and several one-off Kar Kraft creations. This is just a sampling of what you see.

The show took place Saturday, November 18 and Sunday, November 19. Live music, a wide variety of automotive only vendors, free seminars, a Muscle Bike “show within a show” and all kinds of stuff for the kids including the awesome Hagerty Operation Ignite Youth Judging program and the fun scavenger hunt are also part of the show.

Check out our Photo Gallery:

Corvettes at the Muscle Car and Corvette Nationals 2017 Photo Gallery 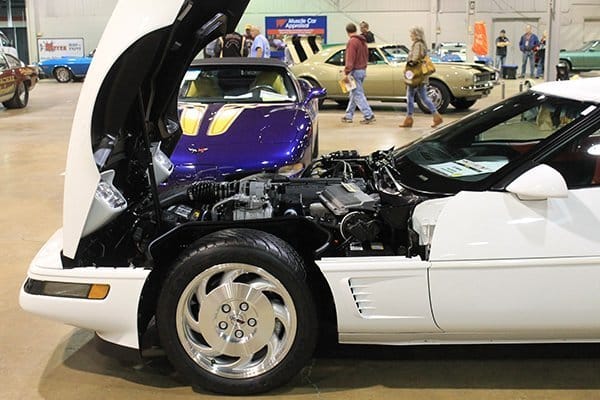 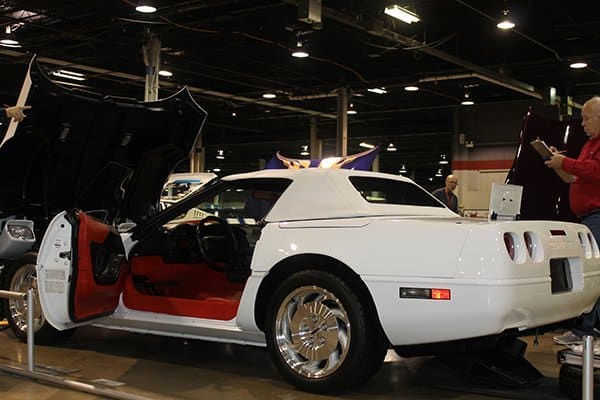 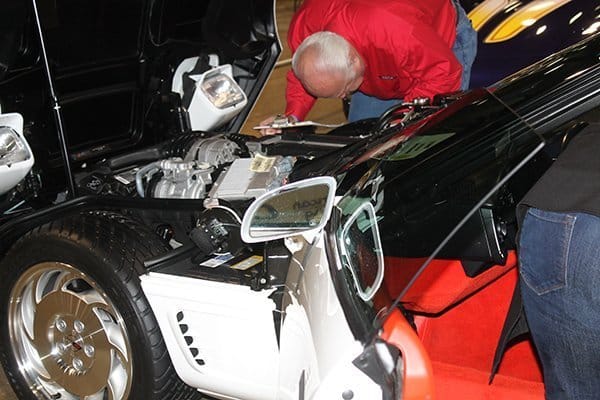 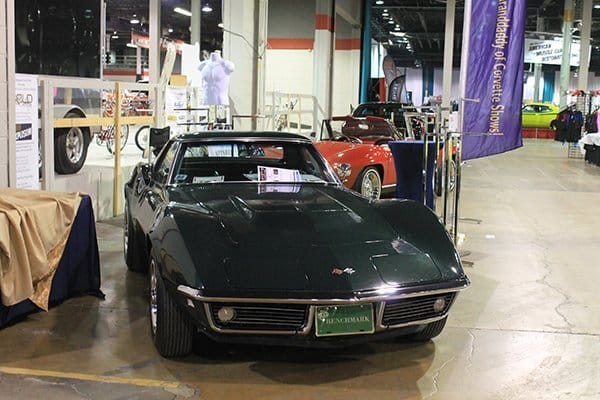 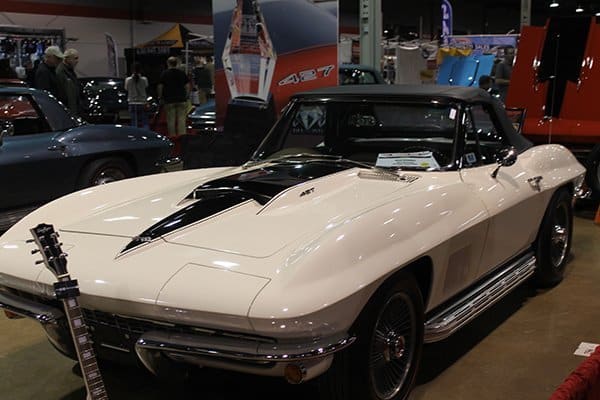 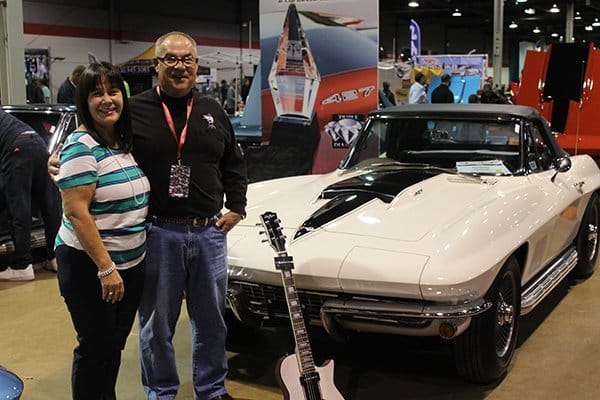 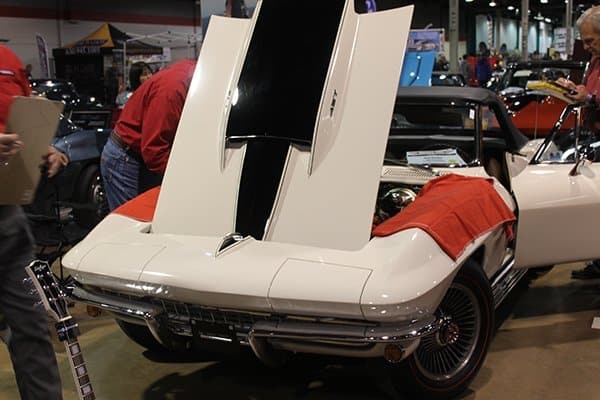 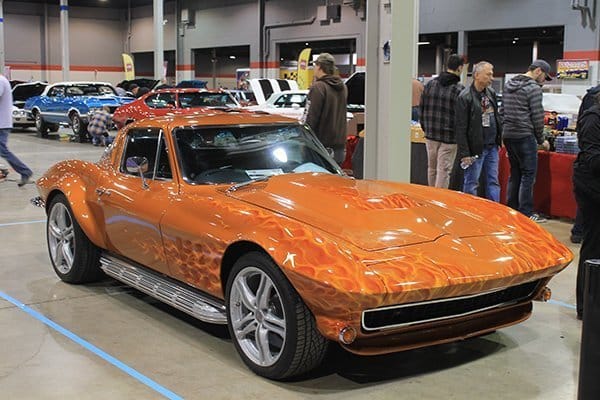 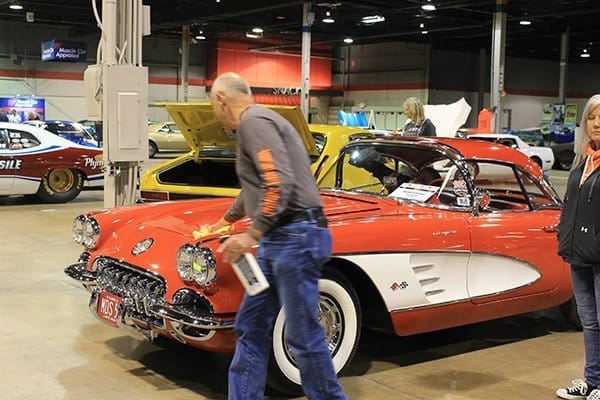 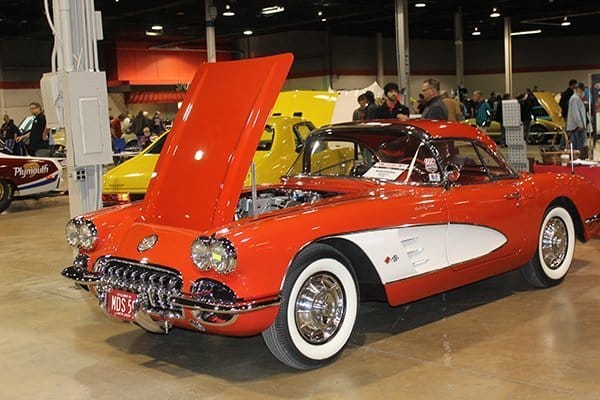 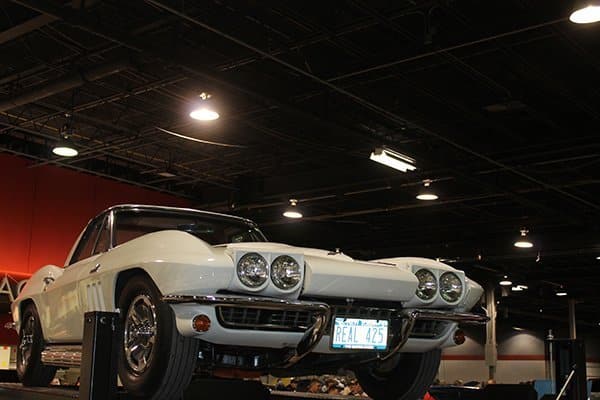 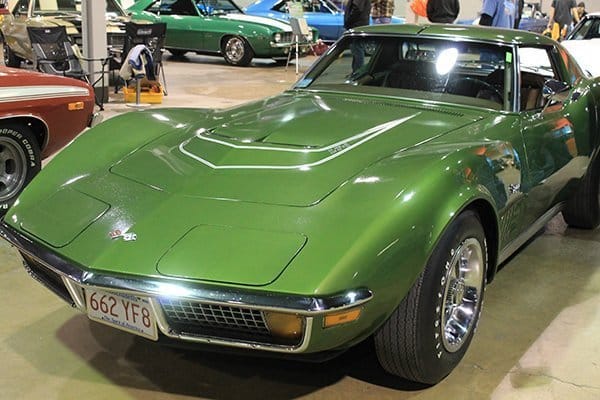 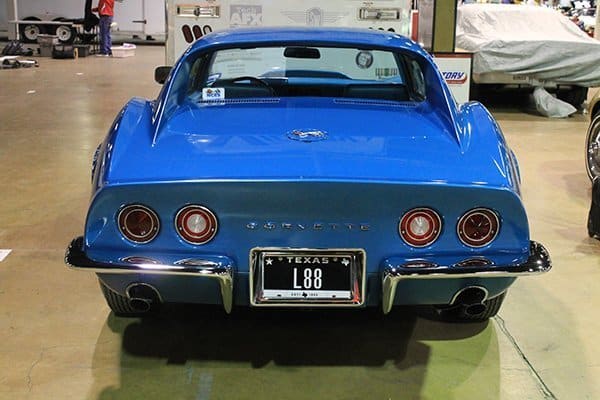 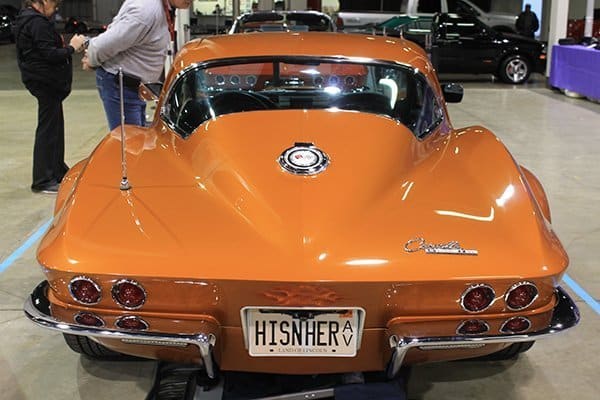 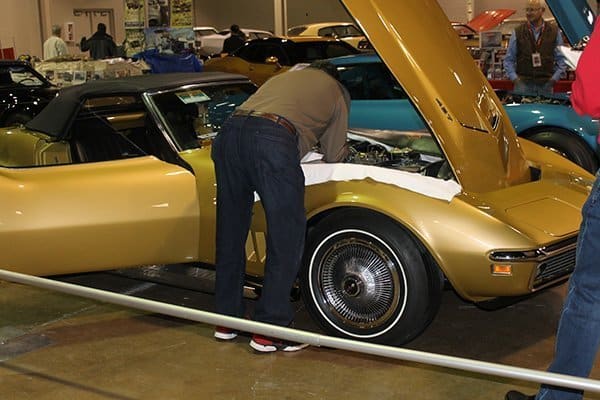 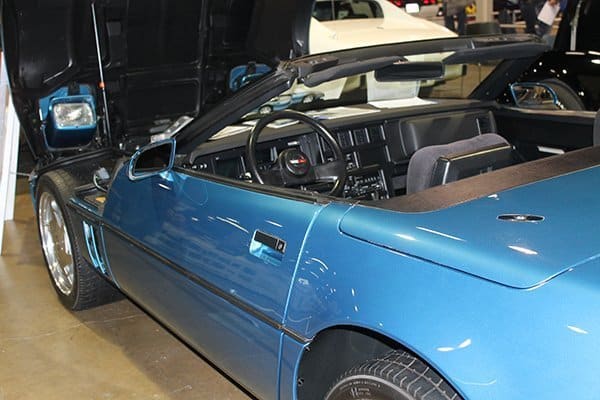 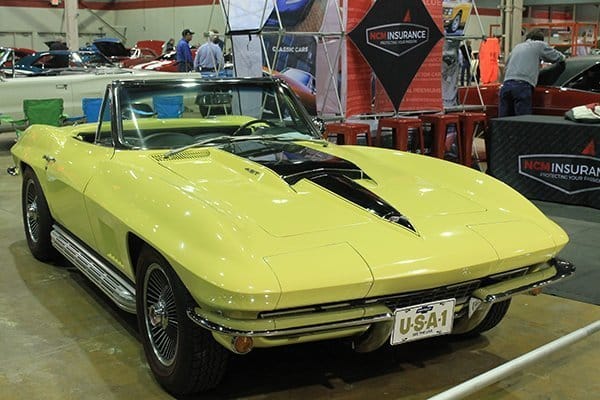 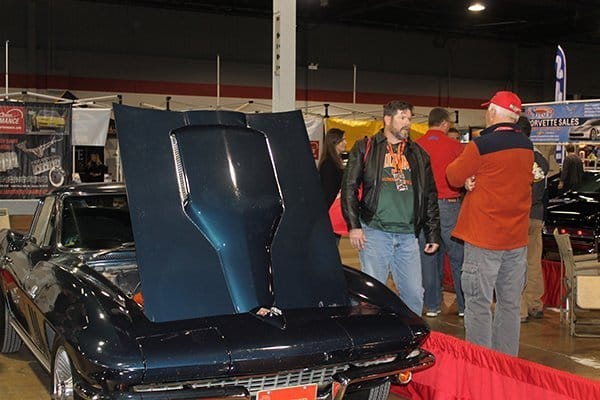 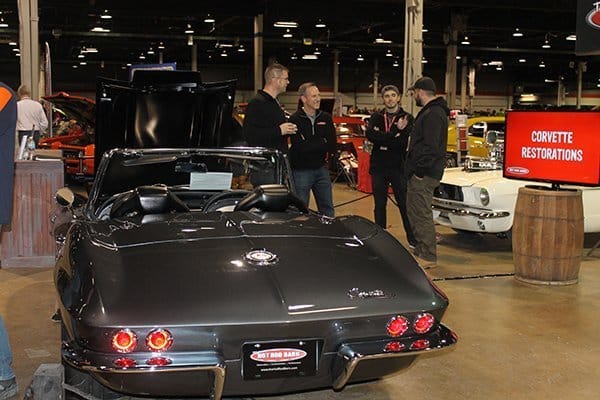 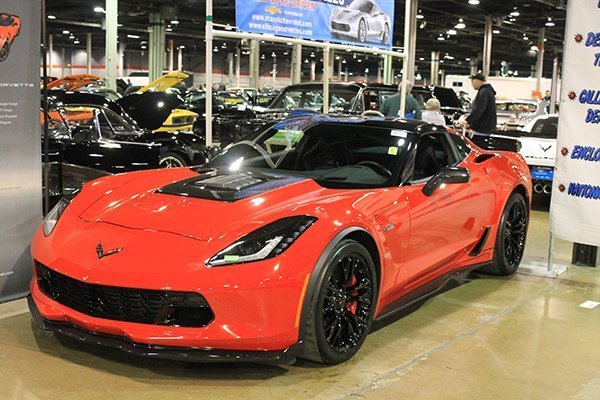 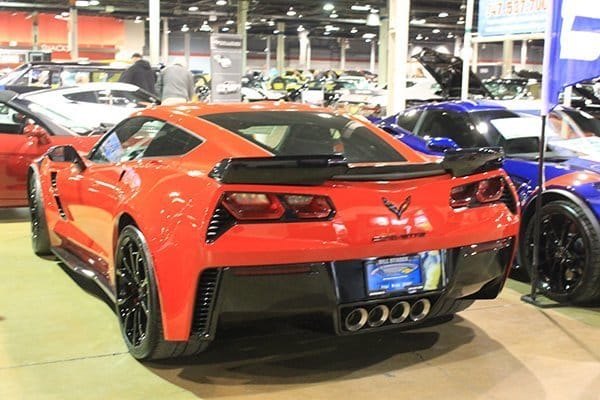