If you hang around “car” people very long, you are sure to hear the name SEMA.
You might be asking, just what is a SEMA?
It is an event that has over 2,000 new automotive products on display, and over 2,300 companies filling over a million square feet held annually at the Las Vegas Convention Center.
“It all began in 1963 when a group of small manufacturers who were suppliers of performance equipment for early hot rods organized their fledgling industry and called it “Speed Equipment Manufacturers Association” (SEMA).  From what I found, it was started by Roy Richter, Ed Iskenderian, Willie Garner, Bob Hedman, Robert E. Wyman, John Bartlett, Phil Weiand, Jr., Al Segal, Dean Moon, and Vic Edelbrock, Jr.
Today it consists of manufacturers, distributors, retailers, publishing companies, auto restorers, street rod builders, restylers, car clubs, race teams and more.  The event is not open to the general public, but many of the Corvette companies you purchase from are at this annual event.
Here are some photos from the very first SEMA, in 1967.  Wayne Ellwood will bring us complete coverage of this year’s event in an up-and-coming  issue of Vette Vues Magazine. 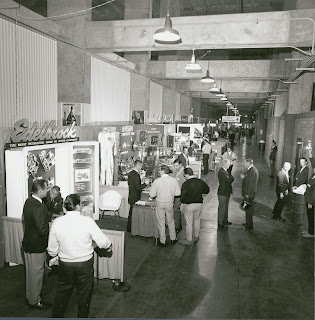 The first SEMA Show was held in the basement of Dodger Stadium in Los Angeles.
Here is Edelbrock at the first SEMA. 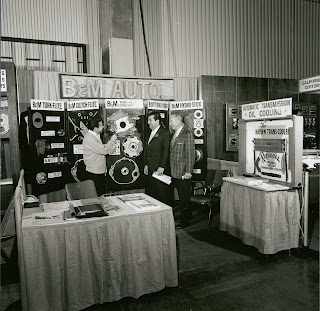 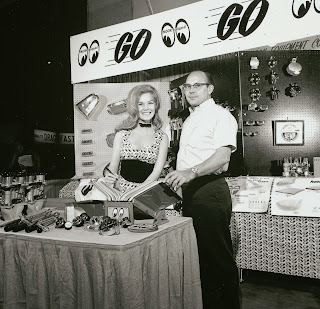 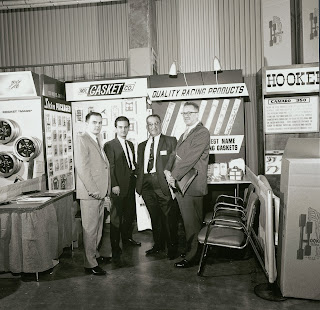 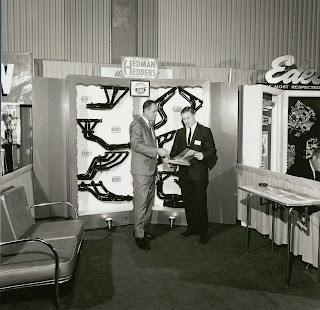 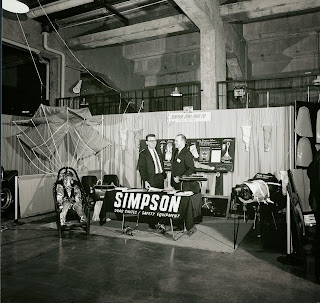 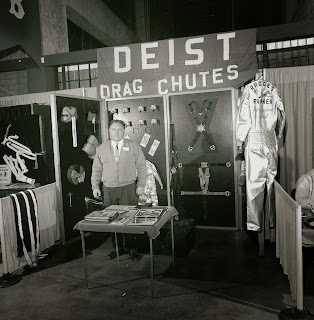 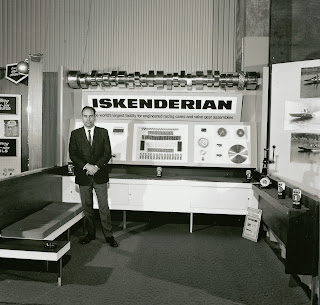 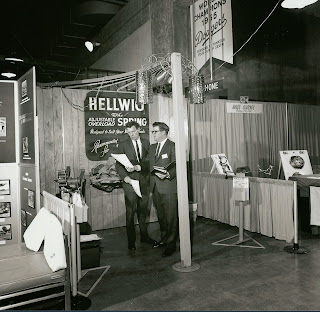 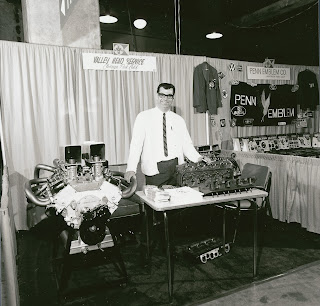 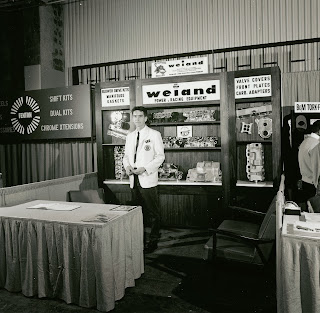 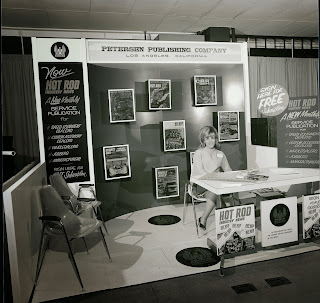 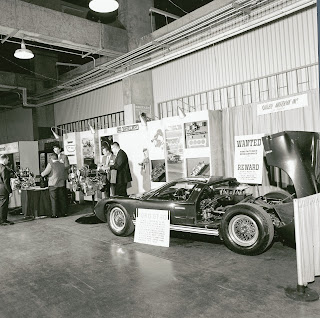 There were 5 cars on display, including a 1967 Ford GT40 in the Shelby America booth
and a drag race prepped Dodge Dart. 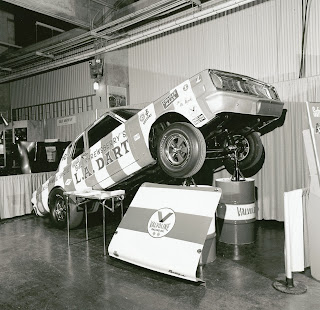 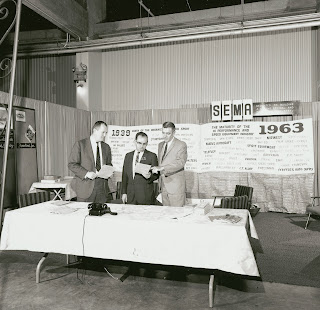 If you have some photos from the first SEMA, send it to us so we can share them…
bonnie@vette-vues.com