In this blog post, we are going to look at two historical 1981 Corvettes. The last one produced at the St. Louis factory and the first one built at Bowling Green factory.

These two 1981 Corvettes were sold for charity at the Barrett-Jackson Auction in Las Vegas in 2010 and brought almost $300,000 for the Ralph Braun Foundation. This foundation offers grants to people and organizations in need of a wheelchair van, who couldn’t otherwise afford one.

First a little history of the Corvette factories. The first 1953 Corvettes were built by hand in Flint, MI. There were 300 1953s produced. You will remember that General Motors unveiled the Corvette as a “dream car” in the Motorama show. The Motorama was held at the New York’s Waldorf Astoria hotel.

The next year, they moved the production from Flint to St. Louis where it remained for 28 years. You can watch a video on the history of Corvette manufacturing in St. Louis, Missouri, and the move to Bowling Green, Kentucky on this link.

The last Corvette made at St. Louis

The last Corvette rolled off the St. Louis assembly line on July 31, 1981. On August 1st, 1981 the line stopped. The factory built its last Corvette and closed its doors forever.

The move to Bowling Green

They moved the Corvette production from St. Louis to Bowling Green, KY. During two months the cars were built concurrently in both plants. The first Kentucky built Corvette rolled off the Bowling Green line on June 1, 1981.

The Bowling Green facility was previously a Chrysler air conditioning factory. It was completely renovated into a modern automotive facility and was twice the size of the previous structure. The transformation took about fourteen months to convert the Bowling Green plant into the latest technical facility.

End of an Era

Our first Corvette we are going to look at is the very last one built in St. Louis, and it represents the “End of an Era.”

There is a hidden plaque that was installed in the car’s right front fender well stating “The Last St. Louis Corvette”.

There are over 1000 photographs that were taken to thoroughly document the assembly of this last St. Louis Corvette. David Burroughs, John Amgwert, and Mike Hansen did the photoing and recorded the entire production.

When the receiving Chevrolet dealer offered the car for sale a week later, Burroughs and Amgwert promptly arranged its purchase and began its preservation as a historic milestone.

In 1988, Bill and Kevin Adams purchased the Corvette from the original owners and added it to their Corvette collection.

They stored the car precisely as it rolled out of the factory, i.e., with all the frame and chassis markings put on by the plant employees as it came down the assembly line.

The Ralph Braun Foundation purchased this Corvette from Bill & Kevin Adams in 2010 with only four original miles.

Our next Corvette was driven off the assembly line by Kentucky Governor John Y. Brown. It is the first ever Corvette produced at Bowling Green.

Earl Harper was the plant manager for the new Bowling Green facility. He handed the keys to the car over to a local Chevrolet dealer, Jimmy Greenway.

Connie Ferrell, from Clarksville, Tennessee won the raffle for this one-of-a-kind piece of Corvette history.

Bill and Kevin Adams also purchased this Corvette for their collection. The two cars are often referred to as the “bookends.”

The Ralph Braun Foundation purchased this Corvette from them in 2010. It only had fourteen original miles on it.

As we mentioned at the beginning of this blog post, these two 1981 Corvettes were sold for charity at the Barrett-Jackson Auction in Las Vegas in 2010 and brought almost $300,000 for the Ralph Braun Foundation. This foundation offers grants to people and organizations in need of a wheelchair van, who couldn’t otherwise afford one. 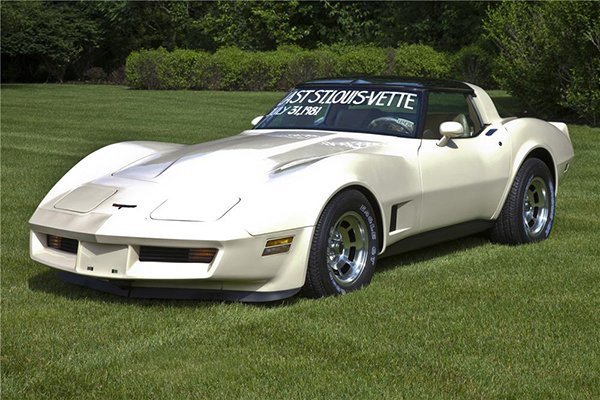 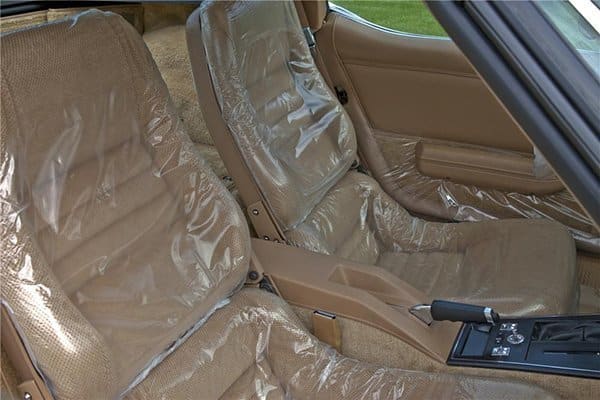 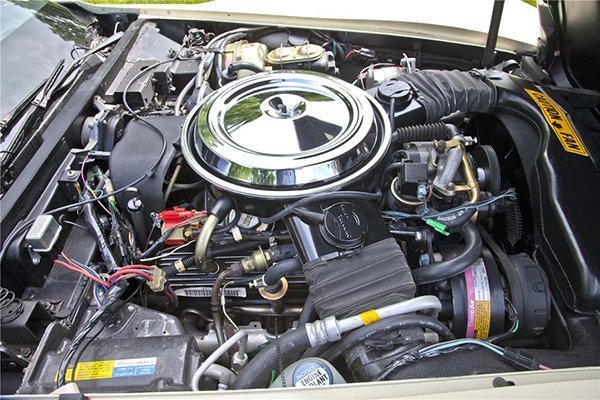 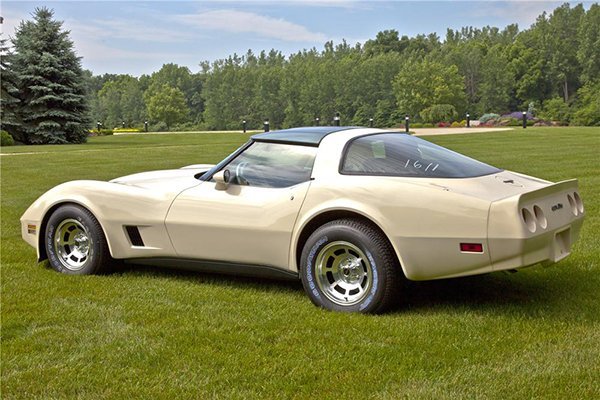 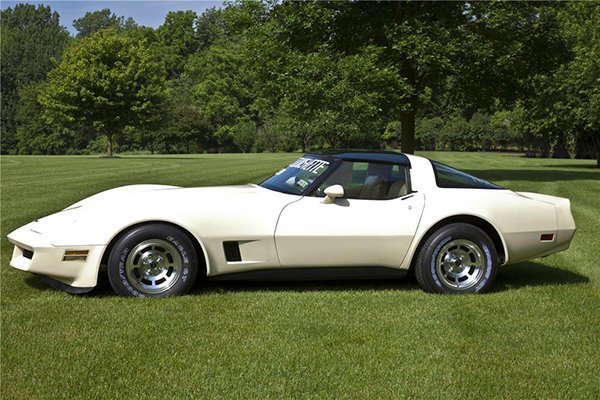 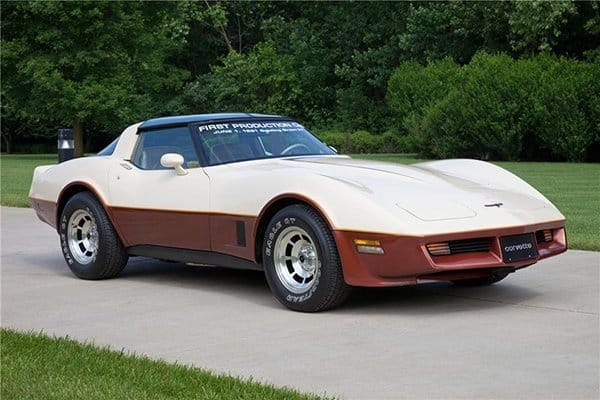 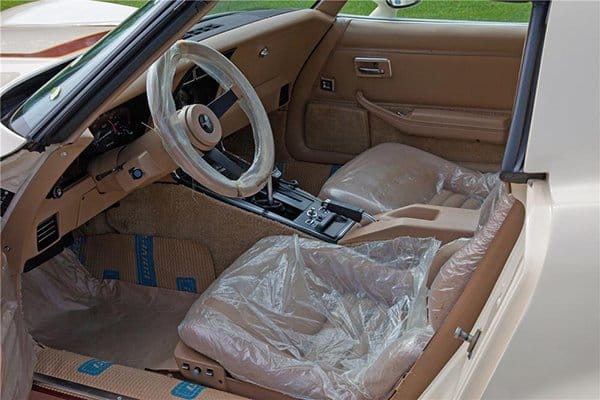 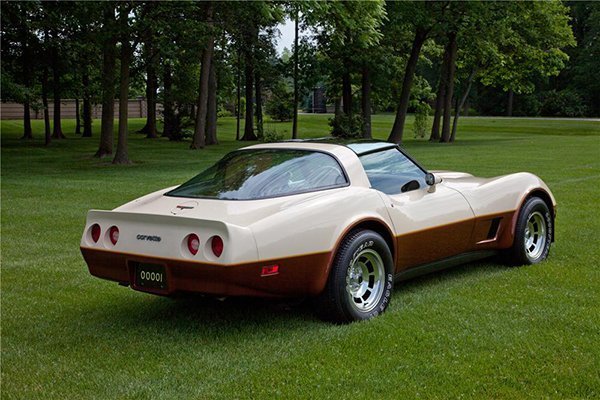 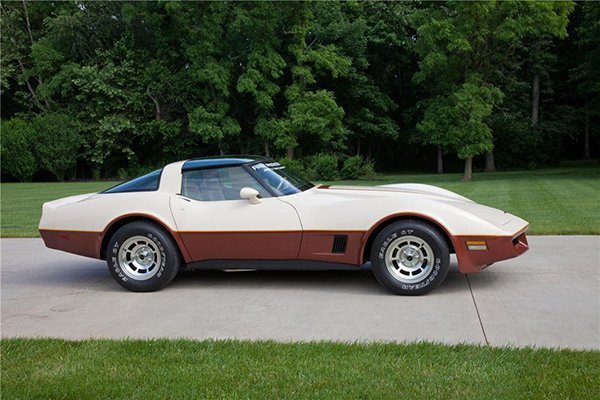